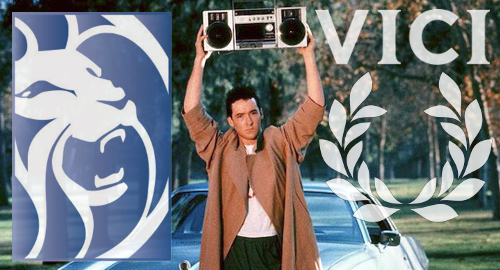 On Tuesday, MGM Growth Properties (MGP) – the real estate investment trust (REIT) that MGM Resorts spun off when it needed some quick cash in 2015 – went public with its desire to acquire VICI Properties, the REIT that emerged from the messy three-year restructuring of Caesars Entertainment.

Apparently, MGP’s private lust for VICI has gone unrequited, or, as corporations say about reluctant suitors, VICI has “elected not to engage in meaningful discussions.’ As a result, MGP has publicly declared its willingness to acquire 100% of VICI’s outstanding shares “in an effort to engage and move forward quickly to consummate a transaction.”

The all-stock deal would value VICI shares at $19.50 apiece and would leave VICI shareholders owning 43% of the combined company, while MGM’s economic ownership would fall to 41%. The combined company would control 32 properties across 11 states. MGP claims the deal would create “the largest triple-net lease REIT and a Top-15 public REIT in the [resource management zone] by enterprise value.”

MGP went as far as to publish the letter that MGP sent to VICI’s CEO and chairman on January 5, which notes that VICI is apparently close to an initial public offering. MGP warned VICI shareholders that IPOs carry execution risks and significant costs, so quit your stalling and hop into MGP’s warm and willing arms already.

MGP’s willingness to bypass VICI’s executives and make their pitch directly to VICI shareholders is either an indication of MGP’s eagerness to make a deal or a fear that Caesars might go bankrupt again in the interim and thus every second counts.

Regardless, at the rate this is going, expect MGP to hire John Cusack lookalikes to stand outside the homes of every VICI shareholder, holding a boombox blaring Come and Get Your Cash or something equally unsubtle.

CAESARS HIRES POLITICAL MUSCLE TO BOOST JAPAN CREDIBILITY
In other Caesars news, the company is burnishing its longshot ambition to win of the coveted Japanese integrated resort licenses by hiring some political heavy hitters for its new Japan Advisory Committee.

Caesars insists it will match any rival’s pledge to spend $10b or more building a Japanese resort. But with the crème de la crème of the casino world blowing Japan kisses, Japanese officials are unlikely to seriously consider a company whose well-documented financial woes continue to generate embarrassing headlines.