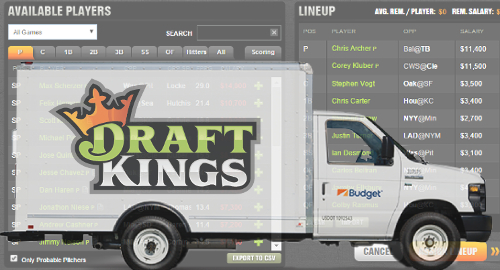 On Thursday, the Massachusetts-based DraftKings announced plans to shift its corporate headquarters to a 105k-square-foot single-floor property in Boston’s Back Bay neighborhood that’s more than twice the size of its current residence. The company says it will officially transfer its flag to the new offices by mid-2019.

More importantly, the company also announced it planned to dramatically expand its payroll from its current 425 warm bodies to over 700, all but 100 of whom will make their home in the new Back Bay digs.

Some of the extra bodies and space will reportedly be devoted to expanding DraftKing’s in-house media production facilities, which sends an involuntary shiver down the spine of everyone who dreads a return to the bad old days of ubiquitous DFS television commercials a few years ago.

DraftKings CEO Jason Robins told Boston Business Journal that the new digs and the new hires meant the company was “putting our money where our mouth is,” reflecting its conviction that DraftKings expects to “significantly grow … over the next few years.”

Robins’ optimism isn’t shared by many other DFS observers, who see parallels between online poker’s rapid rise and equally rapid decline with the current situation plaguing the US DFS market. And DraftKings’ attempts to diversify its geographical revenue base through expansion have yet to bear fruit.

That said, DraftKings has fared better than its principal rival FanDuel, which has been shedding staff – including founder/CEO Nigel Eccles and co-founder Tom Griffiths – amid reports of nine-figure losses and rumors that the company is actively seeking a buyer.

The official DraftKings announcement regarding today’s news quoted Robins saying the company would continue to “develop new products and diversify our offerings.” With legal single-game sports betting appearing imminent, speculation has been rife that DraftKings would attempt to convert its DFS base into actual sports bettors.