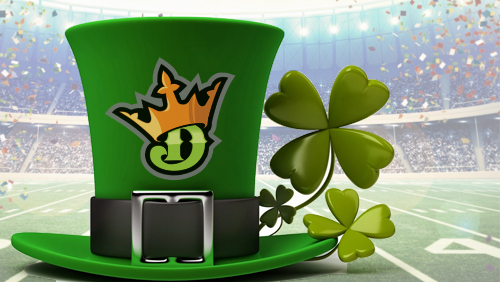 Daily fantasy sports giant DraftKings will test the unpredictable Irish market as it seeks to find fresh revenues beyond the U.S. border.

In a statement, DraftKings said they chose Ireland to be the next European country to experience their brand of daily fantasy sports due to the country’s fervent sports fans.

“Ireland’s sports culture runs deep, with hundreds of thousands of passionate fans following both ‘proper football’ and ‘gridiron football’ across European and American sports leagues,” DraftKings Chief International Officer Jeffrey Haas said. “Irish football fans will find many opportunities to test their wits on DraftKings while enjoying a new way to sweat the action during fixtures. We enhance that connection with our exciting contests, innovative content and real-time sports analysis and data. DraftKings is essentially the second screen for sports fans watching a match at the pub, at home or on the go.”

DraftKings first expressed their intention to expand in Ireland after the US Federal Trade Commission (FTC) killed its proposed merger with FanDuel in August.

It would be recalled that the FTC questioned the merger as it believes that the marriage of two of the biggest DFS firms will decrease competition in the US.

DraftKings plan to make themselves felt in Ireland with its Liverpool Match Tickets promotion on October 9. At stake in the event are tickets to the upcoming Liverpool FC vs. Manchester United FC match on October 14, 2017.

It remains to be seen whether DraftKings has made a good bet in Ireland, as the country is still a virgin when it comes to daily fantasy sports.

DraftKings also has to watch out for sportsbook Paddy Power Betfair, which recently ventured into daily fantasy sports through the acquisition of US-based fantasy sports startup Draft.