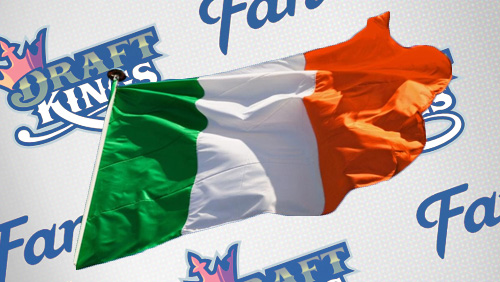 US-based daily fantasy sports giant DraftKings is once again setting its sights across the Atlantic Ocean after state regulators thumbed down its merger with DFS rival FanDuel.

Fora reported that the leading American fantasy sports operator is looking to bring its gaming service to Ireland before the year ends.

The report came just weeks after the proposed merger between DraftKings and FanDuel met its untimely demise thanks to Federal Trade Commission (FTC) concerns over decreased competition in the US DFS market.

DraftKings’ Chief International Officer Jeffrey Haas said the company will launch its offering in Ireland although he qualified that there’s no plans yet for the company to open offices in the region.

He was also mum on the amount of money that DraftKings will invest in its new market, saying “let’s see how our [Irish] business becomes established and grows over time.”

DraftKings, which is available in North America, the UK, Germany, and Malta and has seven million players worldwide, reportedly submitted to Ireland’s Finance Department pertinent documents related to tax reviews.

In his letter to the Finance Department, Haas suggested that the government should impose four to five percent tax on the net revenues generated by online skill games operators, while asking the government to recognize daily fantasy sports as distinct from traditional betting or gambling.

Haas told the government that the company is interested in the Irish market due to the demand of fantasy sports in the country.

“Irish sports fans are incredibly passionate and they make themselves known wherever they are found,” read Haas’ letter, according to the report. “I’ve seen that attending a lot of Liverpool matches at Anfield Stadium. I know Liverpool FC is very popular in Ireland and we have a great partnership with Liverpool.”