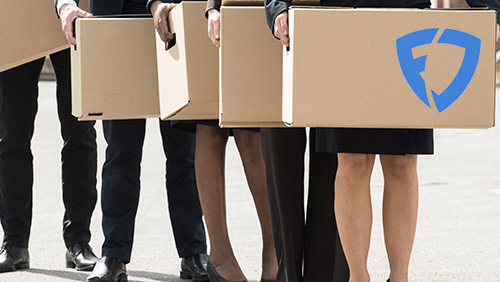 It isn’t clear how many FanDuel workers have lost their jobs this month but the layoffs – particularly on the product development side of the company – appear set to continue going into the New Year. It’s the bitter pill FanDuel has to swallow to stay afloat.

A month before Eccles left the company, auditors warned that FanDuel had turned from a DFS giant into a flailing company after a series of financial missteps.

FanDuel remains embroiled in legal battles left and right, particularly in the United States, as it tries to convince each state to authorize DFS within their borders. At present, 18 states have enacted laws to regulate daily fantasy sports.

Financial data provided by FanDuel in October showed that the company’s operating losses during H2 2015 widened to $286.4 million (£215.3 million).

While FanDuel has yet to disclose its financial data for 2016, auditors urged FanDuel to take measures to help improve its liquidity position, including further reduction of expenditures.

FanDuel almost made it out of the rut it was in when rival DraftKings agreed to merge with the Edinburgh-based company. Unfortunately, these plans fell through after the U.S. Federal Trade Commission blocked the marriage due to competition concerns.

Now the company is back to square one, and the remaining staff can only rely on the wisdom of new CEO Matt King’s decisions.

Eccles’ parting words in November were he couldn’t imagine “a better individual to steer FanDuel forward.”