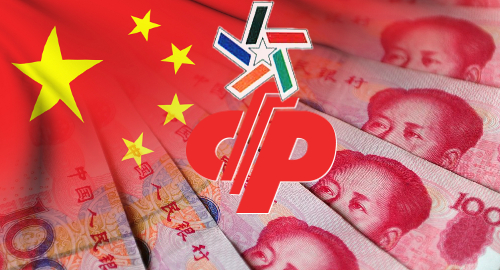 Figures released Monday by China’s Ministry of Finance showed overall lottery sales of RMB 394.6b (US $57.8b) in 2016, representing a year-on-year improvement of 7.3%. That marks a rebound from 2015, during which lottery sales fell 3.8%.

That said, the disparity was similar for December’s monthly results, in which the sports lottery gained 11.4% to RMB 16.6b while the welfare lottery rose a comparatively modest 4% to RMB 20b. Overall sales in December were up 7.2%.

It’s been 22 months since Beijing ordered a ‘temporary’ suspension of online lottery sales after uncovering widespread fraud at provincial lottery administration centers. Beijing has yet to formally indicate when this suspension might be lifted, but market research firm Technavio nonetheless projected China’s online lottery market would enjoy compound annual revenue growth of 4.53% between now and 2020.

That would be sweet music to the ears of online sports lottery operator 500.com, which has gone six straight quarters without reporting any revenue since the suspension was imposed. The turmoil now appears to have forced the company to alter the composition of its board of directors.

On Sunday, the Nasdaq-listed 500.com announced that Man San Law had stepped down as the company’s chairman, while director Weiguo Zhao had also surrendered his seat. 500.com has appointed Lian Qi as its new chairman, while Weiguo’s seat will be filled by 500.com’s general counsel Bo Yu.

Qi is co-president of Tsinghua Unigroup, which took a 15.2% stake in 500.com in June 2015, just a few months after the online suspension took force and 500.com began looking for new sources of revenue.