The California state Assembly has overwhelmingly approved a daily fantasy sports bill, but the measure has an uncertain road ahead.

On Wednesday, the Assembly approved AB 1437 by a margin of 62-1, with Assemblyman Marc Levine casting the lone ‘no’ vote. Levine’s vociferous opposition to DFS has earned him the ire of the DFS lobby, but he went down swinging all the same.

The consumer protection-focused AB 1437 now heads to the state Senate, where it will likely be subjected to closer scrutiny and more than a few amendments. Assuming it garners a favorable vote, the bill would head back to the Assembly for another vote before heading to Gov. Jerry Brown’s desk for signing into law.

The bill makes no judgment on DFS’ legality and state Attorney General Kamala Harris has yet to weigh in with her opinion on that score. The state’s all-powerful tribal gaming industry has also been unusually quiet on whether it views DFS as an encroachment on its traditional control over gambling in California.

FLORIDA BILLS ADVANCE
DFS also got a favorable nod on Wednesday from committees in Florida. The Senate Regulated Industries Committee approved SB 832 by a vote of 8-2, while the House Finance and Tax Committee approved the companion HB 707.

Late amendments to the bills would create an Office of Amusements under the Dept. of Business and Professional Regulation – because, you know, it’s not gambling – to oversee DFS activity in the state. The $500k initial license and $100k annual renewal fees remain, but smaller operators would only be required to pay 10% of entry fees “less the amount of cash or cash equivalents” paid to winners.

The bills also require operators to post a $1m surety bond to cover negligence or fraud. But the bills contain no provisions for criminal penalties, allowing only civil fines of a maximum $5k per violation. Bill backers have suggested the state’s general fraud laws are sufficient to deal with any DFS chicanery.

As with California, tribal gaming interests have been silent to date on DFS. The situation is complicated by the state’s efforts to approve the new $3.1b gaming compact with the Seminole Tribe, as well as reported grand jury investigation of DFS operators by the US Attorney in Tampa. 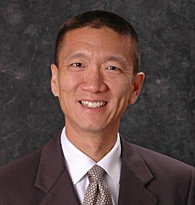 HAWAII FIVE-NO
Finally, Hawaii state Attorney General Doug Chin (pictured) spoiled an otherwise positive DFS day by issuing an opinion equating DFS with illegal gambling. Hawaii, along with Utah, authorizes no form of gambling whatsoever within its borders and Chin wants to ensure that DFS doesn’t slip through the cracks.

Chin said Hawaiian law defined gambling as someone risking something of value on a game of chance or future contingent event beyond that person’s control. Chin believes DFS meets this definition, adding that “the technology may have changed, but the vice has not.”

Chin said his office was considering its next move, which could include civil or criminal charges. Legislators could also revise existing gambling prohibitions to specifically include DFS on the list of no-nos or grant it an exemption.

Hawaii joins New York, Illinois, Texas, and Vermont in finding DFS to be the wrong side of the law. Nevada ruled that DFS was gambling under state law and ordered DFS operators to either apply for a local license or amscray.