Home / Business / RAWA’s chances may be slim, but opponents keep sounding the alarm 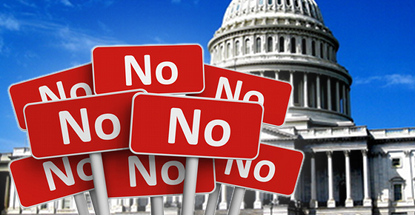 A New York State Assemblyman has become the latest to push back against Sheldon Adelson’s efforts to cram the online gambling genie back in the bottle.

Last week, Assemblyman J. Gary Pretlow published an op-ed on Rollcall.com, explaining why the Adelson-supported Restoration of America’s Wire Act is a bad idea. Sen. Lindsey Graham and Rep. Jason Chaffetz have each introduced versions of RAWA – which would ban most forms of online gambling in the US – into the Senate and House of Representatives, respectively, this year.

Pretlow’s anti-RAWA stance is somewhat predictable, given that he has previously introduced online poker legislation in his home state. Pretlow, a Democrat who heads the Assembly’s Committee on Racing and Wagering, notes that RAWA would prohibit states like his from deciding what forms of gambling they can authorize within their borders, thereby restricting their capacity to raise badly needed revenue.

Pretlow believes that if states “can find a way to promote economic growth and protect consumers, we should do it.” Pretlow says it “defies logic that Congress would step in now to undercut” the long-held right of states to determine the scope of their own gambling options. Pretlow says Congress “should focus on the things that will help states, not those policies that aim to take away our power to do right by our constituents.”

Meanwhile, a less predictable source of anti-RAWA outrage appeared this week on the website of the hard-right Heartland Institute. The op-ed, authored by one Jen Kuznicki, slams both Graham and Sen. Marco Rubio for co-sponsoring RAWA and seeking to restrict “Americans’ economic freedoms.”

Kuznicki’s missive cites anti-RAWA arguments from longtime opponents including the Competitive Enterprise Institute’s Michelle Minton and Brigham Young University law professor Christine Hurt. The US-Antigua World Trade Organization feud is cited by Hurt as giving America “a reputation problem … because it is in violation of [the General Agreement on Tariffs and Trade] for apparently economic protectionist reasons.”

The Heartland Institute joins other prominent conservative voices – including Grover Norquist’s Americans for Tax Reform and libertarian icon Ron Paul – in opposition to RAWA. However, it should be noted that the Heartland Institute’s antipathy towards Graham could have more to do with its status as a leader in the ‘climate change is a hoax’ movement, while Graham has recently opined that the GOP needs a coherent environmental policy if it hopes to see one of its own in the White House come 2017.

The Adelson-backed Coalition to Stop Internet Gambling has recently boosted its lobbying spend, but few observers expect RAWA to pass in the current Congress. More recent scuttlebutt has Adelson seeking to convince Congress to pass a less-restrictive bill that would impose a moratorium on further intrastate expansion while a ‘study’ of the issue is conducted, effectively carbon-freezing US iGaming expansion for the foreseeable future.