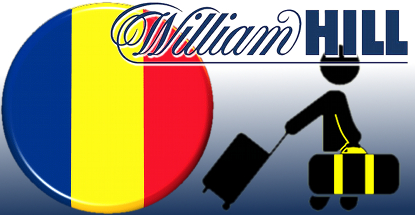 Romanian punters lost their ability to wager via William Hill on Tuesday, after the company suspended its Romanian accounts and instructed players to submit withdrawal requests. Hills’ affiliates have been instructed to remove all banners and links connecting the site with Romania. A Hills spokesperson said the decision was prompted by “recent regulatory developments” in the country.

Romania is in the process of instituting a new online gambling framework, which had been expected to attract a number of international licensees. But the government announced last month that it would require all license applicants to first ante up back-taxes worth 20% of their winnings from Romanian punters dating back to 2009. Hills’ Romanian retreat follows similar moves by Ladbrokes this January and Bet365 last fall.

On May 28, Romania’s president Klaus Iohannis formally signed the new amendments to Government Bill 92/2014, leaving only its publication in the Official Journal for the legislation to take effect. Operators will then have until the end of 2015 to apply for licenses from the National Gambling Office.

In other Hills developments, the company’s poker vertical stopped offering rakeback to players effective June 1. Hills operates on Playtech’s iPoker network, which switched to a source-based rake model in February as a way to reward network skins for funneling more recreational players into the pool. Hills’ players with existing rakeback deals will be switched to Hills’ VIP program.

Finally, Hills has just launched two new HTML5 mobile apps courtesy of Inspired Gaming Group. The sword-heavy games include the Roman-themed omni-channel smash Centurion – currently one of Hills’ top-three retail games – and the new Spirit of the Samurai free spins game. Inspired SVP Mobile Dave Hammond claimed to be “delighted” with the performance to date of these two games, which have been exclusively launched via Hills’ mobile offering.