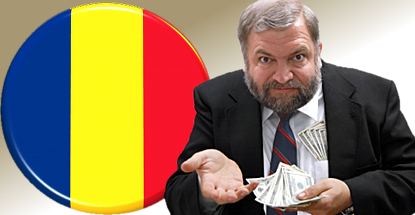 Romania will require all would-be online gambling licensees to pay back taxes on revenue earned from the country’s punters.

Romania’s Chamber of Deputies approved the country’s new online gambling framework on Wednesday, opening up the possibility for international operators to apply for licenses. But many prospective licensees are likely reconsidering whether they want to apply for licenses now that the government is demanding back taxes of 20% on all online revenue earned from Romanian punters since 2009.

The back tax plan was one of a number of amendments to the revised Gambling Act approved on Wednesday. The Monitoring Committee of the National Office of Gambling has been tasked with figuring out how much each individual operator owes the government, a process that could require operators to submit to a financial audit.

Once these tax bills are calculated, operators will be given 90 days in which to make with the money. Only then will these operators’ past criminality be forgiven and thus be considered worthy of consideration for a new Romanian license. Failure to abide by these terms will land operators on the country’s online gambling blacklist.

The government has stated that its new regime would generate €200m for the state, although it’s unclear how much of this windfall would be derived from the back tax plan. The revised Act has been sent to Romania’s president for signing into law, which could happen as early as next week.

Spain’s government pulled something similar a few years back, requiring all of its newly licensed online gambling operators to pay four years worth of back taxes. Operators grumbled, but most eventually complied with the “not very elegant” last-minute cash grab.