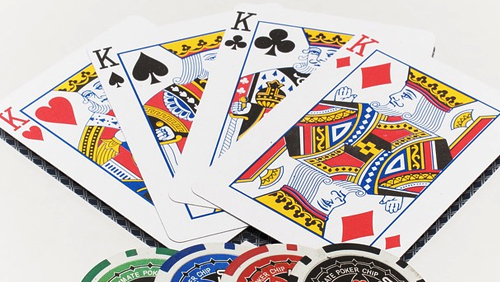 Romania’s gambling space is becoming more refined on an almost continuous basis. Both GiG (Gaming Innovation Group) and Playson entered the country last month to help boost the industry and another company is now joining, as well. Stakelogic, a studio that provides online casino games, has reportedly been given a Class II gaming license by the Romanian National Gambling Office.

Stakelogic provides a range of classic slots and modern video slots for the online gaming industry, including popular titles like Hot Fruit Deluxe, Encharmed, Wild Stallion and Book of Adventure. It also provides, through the slot games, a progressive jackpot system that has distributed over $1.3 million to players since being introduced late last year.

The Netherlands-based company’s games include a proprietary system dubbed Quattro that allows slot fans to play up to four games at once. This allows for an increase in stake, an increase in bets and, obviously, an increase in revenue for the operators.

Stakelogic CEO Stephan van den Oetelaar said in a statement about the license approval, “This is yet another milestone for us. With our Romania licence in hand we can now offer our operator partners active in the market the latest online gaming products and games that players want to play.” Oetelaar became CEO late last year and he is on a mission to take the company to an entirely new level.

The company continues to seek out new territories to add to its portfolio. It has licenses to operate in Sweden and Malta and is reportedly working on plans to get into the UK, Denmark, Spain, Portugal and Italy before the end of the year.

Romania is quickly becoming a popular destination for online gambling operators and suppliers. GiG and Playson were also issued Class II licenses that allow them to tap into a growing domestic market and which opened the doors to online casino and/or sports gambling. Overall, Romania’s gambling industry is worth about $1.46 billion a year, of which just around 19% comes from online action. This is a segment that is anticipated to grow to as much as 30% by 2024 and online providers are anxious to grab a piece before competition becomes too fierce.