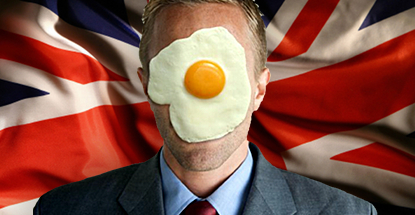 Bookmakers in the UK are likely sleeping easier this weekend after the Conservative party won an outright majority in Thursday’s General Election.

The prospect of another five years of Tory rule gave UK markets their biggest gains since January. Publicly traded bookmakers – particularly those with retail operations – were among the biggest gainers. William Hill rose nearly 6% on Friday and Ladbrokes was up 10%. And, as testimony to the theory that a rising tide lifts even leaky boats, Bwin.party was up 4%.

Not that the Tories have been particularly kind to bookies. The Conservatives instituted the new 15% online point of consumption tax and boosted the Machine Games Duty to 25%. But Labour had made it part of its manifesto to impose a new sports betting levy, plus further curbs on betting shops and their dastardly fixed-odds betting terminals.

The UK’s racing industry is also celebrating the result because it ensures the survival of the Horserace Betting Right called for in the Tories’ 2015 budget. With the Tories now having an absolute majority, racing expects the plan’s implementation will be accelerated.

POLLS AND BOOKIES GET IT WRONG
In what has become an increasingly common narrative, pollsters got it all wrong. Turnout was 66.1%, the highest since the Tony Blair era, partly because of good weather but also because pollsters were predicting a nail-biter between Labour and the Tories. Cue much handwringing from the polling industry about the need for better measuring tools.

For a change, bookies were also wearing egg on their faces. Matthew Shaddick, Ladbrokes’ head of political props, told Bloomberg that the firm had paid out over £2m to winning bettors. Shaddick said punters had been “piling into a Tory majority at 10:1 on the day, when we thought it had no chance and some political scientists put it at exactly a zero percent possibility.” One Glasgow pensioner took Lads for £240k after placing a £30k bet on a Tory majority at 7:1 odds.

Other bookies fared somewhat better. Coral spokesman Simon Clare put losses at over £1m following “one of the biggest betting upsets in history bar none.” Paddy Power spokesman Rory Scott said the election loss was a “six figure sum” while insisting that “Paddy hasn’t been this cleaned out since his last colonic irrigation.”

William Hill was also out six figures, according to spokesman Graham Sharpe, although Hills did dodge one bullet. The punter who placed the record £1m Scottish Referendum bet with Hills decided to let his nearly £200k winnings ride on a hung parliament outcome. Sharpe said the bettor was “philosophical” about the loss but would be “keeping a low profile for the time being.”