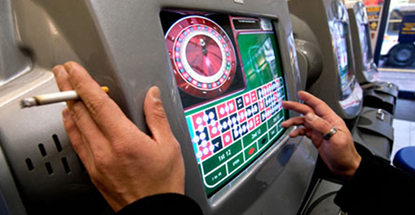 A coalition of local councils in the UK have banded together to combat the nation’s greatest threat: no, not local boys going off to join ISIS, but the social scourge known as fixed-odds betting terminals (FOBT). The move comes just days before the release of a 1,200-page report by the Responsible Gambling Trust, which studied the FOBT issue using data from the nation’s five biggest retail betting chains, the two largest machine suppliers and interviews with 4k gamblers.

The 93-council coalition is led by Newham Council, which waged a highly public but ultimately unsuccessful campaign last year to keep Irish betting operator Paddy Power from opening a new shop in the east London borough. The coalition’s chief demand is a reduction in FOBT stakes from their current maximum of £100 per spin to a mere £2.

The councils are presenting their demands under the Sustainable Communities Act, which allows councils to put forward solutions to perceived local problems. The councils include 31 from the London area and others ranging as far as Swansea, Birmingham and Manchester. Newham Mayor Sir Robin Wales said his council’s previous battles with the betting shops had been “thwarted by the lack of tough regulations and the toothless court system.” Wales suggested the stakes reduction “could be the solution to the problem of clustering.”

The councils claim to have massive public support for their requests/demands, pointing to (a) an Ipsos Mori poll earlier this month in which 70% of those surveyed thought the current allowable maximum of four FOBT per shop was too high and (b) a YouGov survey in April in which 61% expressed a preference for reduced FOBT stakes.

In April, the UK government announced it didn’t intend to force bookies to reduce the FOBT maximum wager of £100, opting instead for a “sensible and balanced approach” in which gamblers wishing to wager more than £50 per spin would be required to either use a pre-funded account or physically fork over their betting money directly to a shop staffer. The proposals will be formally presented to parliament in December.

In October, the Liberal Democrats broke with their Tory coalition partners by expressing support for the reduction in FOBT stakes. Lib Dem culture spokesman John Leech told the Mirror that the government’s proposal was “just not enough. And we’ll try to stop it. There is no place for high stakes, high risk casino gambling on the high street.”

In September, UK bookies made a bid to pacify their critics by promising to remove FOBT adverts from betting shop windows. The bookies are already bracing for the March 1, 2015 hike in the Machine Games Duty from 20% to 25%, which, combined with the 15% online point of consumption tax set to kick in this Monday (Dec. 1), will no doubt wreak havoc on the bottom lines of operators with both online and retail divisions.