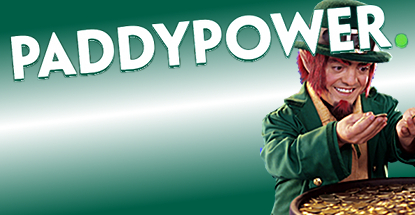 Irish betting operator Paddy Power has boosted its full-year expectations following a 38% revenue gain in the period since July 1. The numbers benefited from the second half of the 2014 FIFA World Cup as well as what the company described as its “largest year-on-year gross win percentage rebound.” Paddy, which is debt-free and has €206m of ready cash on hand, says analysts should look for full-year earnings growth to come in the mid- to high-teens percentage-wise.

Paddy’s overall online revenue was up 42%, with sportsbook revenue up 49% and eGaming/B2B up 20%. Online betting turnover rose 18% and mobile continued to impress, accounting for 58% of all digital revenue. The UK and Irish online operation reported sportsbook revenue up 59% and eGaming/B2B up 19%. In Australia, Paddy’s Sportsbet offshoot saw active customers rise 37% and online stakes up 21%. Paddy’s Italian-licensed site enjoyed a 72% revenue gain.

At the retail level, revenue rose 14% on a like-for-like basis. Throw in the 73 new betting shops opened or acquired since the start of the new year and retail revenue is up 31%. In Ireland, like-for-like retail stakes rose 4% and revenue gained 11%. In the UK, stakes were up 2%, betting revenue rose 20% and fixed-odds betting terminal revenue rose 12%. Paddy’s full complement of shops came to 562 as of Nov. 16.

Paddy recently announced it was reviewing its creative advertising relationship after three years with its current team of Crispin Porter & Bogusky. Campaign magazine reported that marketing consultancy Oystercatchers was handling the cattle call for a potential new mate, the results of which should be known by February. Paddy’s search for new creative ideas doesn’t affect its deal with Lucky Generals, the London agency that eggs on Paddy’s “mischief” department to new heights of promotional absurdity.