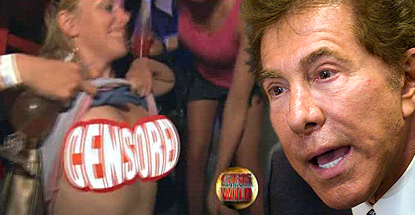 In December, US District Judge William Orrick dismissed Wynn’s suit, saying Chanos’ comments couldn’t be construed as suggesting Wynn had violated the FCPA. Wynn subsequently revised his lawsuit but Orrick wasn’t swayed, issuing a judgment on Tuesday saying anyone “need look no further than the transcript” of the event” to conclude that Chanos’ comments “do not amount to a statement of fact, but rather an opinion that is not actionable.” Adding insult to injury, Orrick ordered Wynn to pay Chanos’ court costs.

Last April, the GGW brand was sold for $1.8m to a Liquidity Capital-led investment group. On Monday, a bankruptcy court ruled that the proceeds of this sale will be divvied up between GGW creditors, including Steve.

Meanwhile, Francis and his girlfriend Abbey Wilson have an April 2 hearing in a federal court to determine if they should go to jail for failing to turn over two luxury cars belonging to the GGW estate. Francis has claimed that a Mexican strip club owner took the vehicles as compensation for several GGW promotions that never materialized.

Whatever share of that $1.8m Steve ultimately receives, it won’t help restore his standing on the Forbes billionaires list. Forbes says the ongoing revenue downturn in Macau shaved $400m off Steve’s net worth last year, leaving him with a mere $3.4b. Steve is now ranked #512 on Forbes’ list, down over 100 spots from the previous year’s chart.