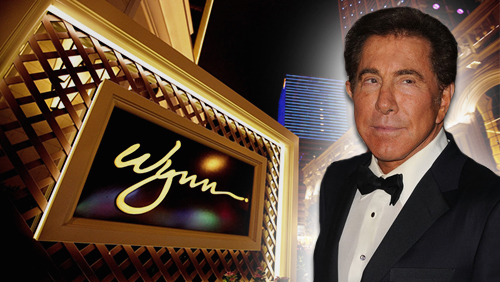 9 months ago, Wynn was trading at a P/E ratio of 30. It is now down to 19. When I last covered the stock in April, I warned it was very expensive, and should not be bought without OTM put options to hedge any capital loss. Since then, WYNN has collapsed 24%. Even so, now is not yet the time to buy.

The latest news surrounding them is that, for whatever reason, the board has slashed Steve Wynn’s base salary and limited him to $250,000 in private jet travel a year as opposed to having an unlimited global ticket to anywhere he wants. The troubles of a billionaire CEO, as they say. By contract, he must use the private company plane for security reasons, even for personal trips. A proverbial prisoner of his own success.

This is mostly a non-item. Wynn doesn’t need a dollar in salary, travel subsidies, or anything else. It’s his company and he’ll continue to run it well regardless of whether his base salary is $4M or $2.5M. The change won’t save the casino any significant amount of money so who knows why they’re doing it. To project an aura of fiscal responsibility maybe? The stock jumped $10 yesterday so maybe investors like the fact that Steve is getting a pay cut.

Wynn is already quite a fiscally responsible company regardless of CEO salary savings. What is most impressive by them are two things. First, while Wynn does carry $7.34B in debt, $5.6B (page 70) of that debt is fixed-rate, and of the remaining floating rate debt, $753M (page 17) is hedged with swaps out until 2017. This leaves only 3.2% of its long term debt load unprotected. You can’t get much safer than that.

The other impressive feat Wynn accomplished is to secure a guaranteed maximum price for construction of the Wynn Palace in Macau through one of its subsidiaries, Palo Real Estate, to be completed by next year. I’m really not sure exactly how that works financially, getting a guaranteed maximum price from your own subsidiary. But it sounds impressive if convoluted. So far they are $1.4B into a $4.1B maximum project. That leaves $2.7B more until completion, and Wynn has more than that ($2.9B) just in cash on its balance sheet. Not to say that will spend it all on finishing up, but the jist of it is they can easily afford the project.

Wynn has put itself in a very interesting position for when Macau recovers, and I still believe the worst is ahead of us. Besides being completely safe in terms of interest rate troubles, Wynn could have a field day with foreign exchange earthquakes. This goes for the rest of Macau stocks as well, but especially Wynn, for the following reason.

The amount of our cash balances that are denominated in foreign currencies, primarily the Hong Kong dollar, can change significantly, representing approximately 12% of our September 30, 2014 cash balances. Based on our balances at September 30, 2014, an assumed 1% change in the dollar/Hong Kong dollar exchange rate would cause a foreign currency transaction gain/loss of approximately $6.3 million.

The dramatic interest rate rise I’ve been pounding the table about has obviously not happened yet. But if and when it does, I believe it will be linked to a dollar collapse on forex markets. In the last two months we saw two major currencies experience wild gyrations on the level of shock and awe. First was the Ruble which collapsed mostly due to a collapsing oil price. The second was the Swiss Franc, which shot up 50% (50%!) in one day against the Euro because the Swiss National Bank decided to stop buying Euros. In economics jargon, end its “peg” to the Euro. But the Swiss Franc / Euro peg is nowhere near the largest peg in the forex market. That one is the Yuan/Dollar peg.

If the Swiss finally figured out that it’s not worth it to devalue your currency just to maintain a stable exchange rate to appease exporters who have a lot of political clout, China will figure it out eventually as well. The People’s Bank of China has so far absorbed over $4T dollars, more than 8 times the amount of Euros the SNB absorbed before ending its peg. If China does end its dollar peg, and it eventually will have to do so because contrary to what mainstream economists want you to believe, there does exist a certain number of dollars on a balance sheet that exceeds all realms of sanity, then the Yuan will jump against the Dollar just like the Swiss Franc did against the Euro. Let’s say 30% conservatively? If the Yuan depegs, so does the Hong Kong Dollar.

The $190M or so gain Wynn will ink because of this is peanuts. The big picture is that Chinese gamblers’ purchasing power will skyrocket. Yes, exports will collapse and Chinese exporters will be screaming and crying. But they can just stop exporting and sell their stuff to Chinese who will suddenly be 30% richer. Chinese importers will also be richer, and any Chinese citizen with a bunch of Yuan will be itching to spend it somewhere. Macau will have a boon.

So why is this especially good for Wynn over other Macau outfits? Because along with a dollar collapse against the Yuan will come the inevitable rise in interest rates to protect the dollar from any more damage. Wynn can withstand this, because only 3% of its debt is exposed. Other casinos will have a harder time. Those with high debt and no protection will be liquidated and assets acquired by casinos like Wynn. Those with moderate debt and moderate protection will probably survive, but with major bruises.

In the meantime, Wynn will probably continue trending downward along with the rest of its competitors if only because of the macro atmosphere right now. It won’t trend down too terribly in terms of revenue or earnings though growth will be very difficult, but its stock price will suffer due to liquidity crunches.

Once that’s over though, Wynn will come roaring back with a vengeance.