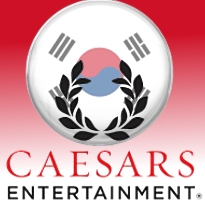 Caesars Entertainment has formed a joint venture with Hong Kong-listed Indonesian conglomerate Lippo Group and an unidentified third party to seek permission from the South Korean government to build a resort casino in the Incheon area. The announcement, revealed in a filing with the Hong Kong Stock Exchange on Wednesday, represents the financially struggling Caesars’ most definitive step toward shoring up its bottom line via a presence in the lucrative Asian casino market after infamously declining to bid for casino licenses in Macau and Singapore.

Under the terms of the agreement, Caesars would own a 40% stake in the JV, Lippo would own 20% with the remaining 40% controlled by the mysterious third party. Caesars would be responsible for developing the resort and running its gaming operations while Lippo “will not participate or engage in any gaming business.” No other details were released, but in October, Caesars president of international development Steven Tight told the Wall Street Journal the plan involved a $500m development with 600 hotel rooms and a foreigners-only casino featuring 100 gaming tables and 150 slots. Tight was also in Taiwan this week, scouting out possible casino locations in the Kinmen archipelago. Japan’s Universal Entertainment has also expressed interest in the Incheon 8City project.

“SAD STORY” OF OFT-DELAYED MARIANAS CASINO PROJECT
While foreign investors flock into South Korea, a Korean investor is complaining that a politician is holding up a casino project on the Northern Marianas island of Rota. In September, JMSH, LLC, which owns the Rota Resort & Country Club, announced plans to build a $170m hotel-casino on the country club property, which would seek to lure gambling tourists from China, Japan, Korea and Taiwan. The Saipan Tribune quoted JMSH VP Jae Hong accusing Rep. Teresita Santos of having a “baseless misunderstanding” of the proposed casino bill that would allow construction of the casino project to begin.

Santos has expressed opposition to the bill in question because she believes its aim is to reduce casino taxes from 10% to 3.3%, but Hong maintains that the bill seeks only to bring the law’s definition of gross revenue “in accordance with general casino industry language.” Hong claims Santos’ misunderstanding stems from her failure – “either intentionally or negligently” – to attend meetings and seminars on the casino project that were held last year. Hong lamented the fact that Rota residents ratified the Rota Casino Act in 2007, “but there’s no casino on Rota, yet. Ultimately, it’s a sad story.”