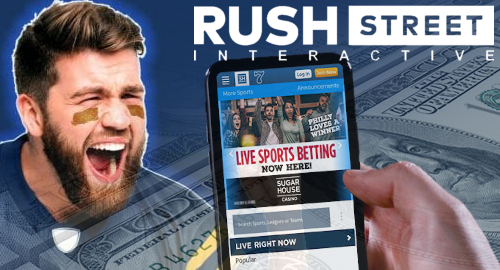 This week, RSI announced that its revenue in the three months ending September 30 totaled $78.2m, a 370% rise over the $16.7m the online casino and sports betting group reported in the same period last year. The Q3 sum was also significantly greater than the $64m that RSI earned in the entirety of its 2019 fiscal year.

Q3’s adjusted earnings totaled $9.9m, better than the $1.3m earnings loss in Q3 2019. But advertising and promotion expenses nearly doubled to $17.5m and RSI’s total loss for the quarter was a hefty $28.1m compared to a loss of just $1.6m in the same period last year.

Undaunted, RSI – which operates online via its BetRivers and PlaySugarHouse brands – announced that it was boosting its FY20 revenue guidance from $225m to a range of $265m-$275m, with the caveat that these revised estimates only apply if COVID-19’s second wave doesn’t result in the mass cancellation of college and pro sports activities.

Q3 was definitely an active one for RSI, which struck a deal to go public on the New York Stock Exchange via a deal with dMY Technology Group, an NYSE-listed special purpose acquisition company (SPAC). RSI still doesn’t have a firm date for when it will make its NYSE debut but is presumably glad to be doing so with some good revenue momentum behind it.

RSI CEO Greg Carlin said the company was undergoing “a transformational year” and for some reason he’s looking forward to becoming a publicly traded company and having to expose his financial undies to the world every three months.

President Richard Schwarz celebrated RSI having “maintained the #1 online casino share in the US for the second straight quarter according to [analysts] Eilers & Krejcik.” Sadly, E&K announced Wednesday that DraftKings had assumed the US online casino crown in the three months ending October 31 (although E&K analyst Chris Krafcik noted that DK was only “ahead by a nose” thanks to its West Virginia site).

Getting one-upped by DraftKings will no doubt irk Neil Bluhm, founder of Rush Street Gaming, the land-based casino firm from which RSI was spun off several years ago. Bluhm hasn’t been shy about throwing some sharp elbows at the likes of DraftKings, whose CEO Jason Robins has been only too happy to respond in kind.