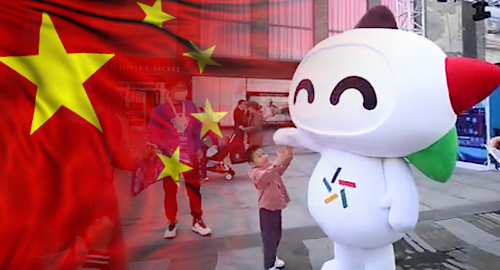 Figures released Friday by China’s Ministry of Finance show overall lottery sales of RMB35.8b (US$5.35b) in the month of September, a 1.5% decline from the same month last year. The decline ended the market’s modest growth streak over the past two months, which followed 18 months of annual declines.

September’s decline was entirely due to welfare lottery sales falling 11% to RMB13.9b, while sports lottery sales rose 5.8% to RMB21.9b thanks to the resumption of global sports leagues following their pandemic halt.

It’s possible that October’s sales may reverse September’s slide, but things are likely to trend sharply downward after that. Last week, Beijing instructed provincial lottery administrators to conduct an “orderly delisting” of ‘high-frequency’ (sports) and ‘quick-opening’ (welfare) lottery products, the active promotion of which was halted nearly two years ago.

Starting November 1, lottery administrators must pare down their instant offering to one welfare and one sports product, while all short-duration products will be off-limits following next year’s Spring Festival public holiday.

According to state-run media, the changes will force some tinkering with the formulas for returning winnings to players, including a reduction in payouts from 71% to 70%. But Beijing is also imposing new limits on players’ ability to purchase lottery products and retailers’ ability to sell them.

Henceforth, the opening hour for lottery sales is being pushed back two hours, from 9am to 11am. Lottery terminals will also be subject to an unspecified cap on single-day sales.

The maximum cap on any players’ single lottery wager will be reduced from RMB9,999 to RMB6,000 ($900). Should any player’s one-day purchases exceed RMB10k, said player will be required to fill out a form listing their name and other identifying information.

The authorities optimistically claim that the new rules will not only deter excessive spending but will ensure that both players and retailers “have more rest time and other free time at their disposal, with greater freedom and flexibility.” Okay…

This month also brought the debut of Le Xiaoxing, the Sports Lottery’s first official mascot, which followed a contest in which Chinese artists were invited to submit their own designs.

The chosen design (pictured) appears to contrast sharply with China’s efforts to reduce gambling participation, particularly given the mascot’s kid-friendly cartoon nature. Other, far more tolerant gambling markets have been doing everything they can to reduce gambling’s appeal to children by eliminating kid-friendly imagery. Go figure.