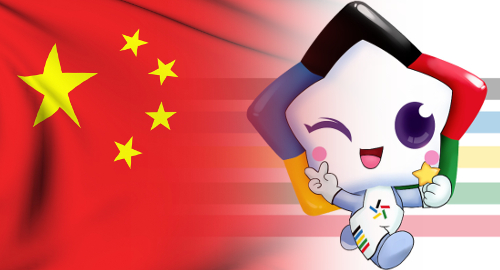 China’s sports lottery is trying to raise awareness of its post-pandemic rebirth by seeking public help in creating a new mascot.

On March 11, China began restarting its sports and welfare lottery sales after a record 49-day shutdown caused by the COVID-19 pandemic. Around one week later, the National Sports Lottery Center reported that lottery services were operating at two-thirds capacity and the month closed with the resumption of sales in Hubei province, the epicenter of the original outbreak.

Lottery retailers in Hubei’s capital Wuhan weren’t scheduled to rejoin the party until Wednesday, the date on which Chinese authorities officially lifted the 76-day lockdown they imposed on the city. State-run media warned Wuhan’s residents that “it is right to be excited … but we must not relax.”

China’s official lottery administrators issued a similar ‘warm reminder’ to customers, some of whom – like those in Wuhan – have been prevented from scratching their lottery itch for a while. The authorities urged customers to show “restraint” in purchasing lottery tickets and to “please bet rationally.”

Sales of sports lottery ‘affiliate games’ in the week ending April 5 totaled just under RMB1.1b (US$152.5m), which sounds amazing until you realize that it represents a nearly 69% decrease from the same week last year.

It’s worth noting that lottery sales have yet to be restarted in Beijing. What’s more, the sports lottery is suffering from the same dearth of product facing traditional sportsbooks due to the pandemic-related cancellation of global sports.

To raise awareness of the lottery’s rebirth, lottery officials have launched a design contest for a new sports lottery mascot, which must convey the “core values of ‘healthy, optimistic and enterprising.’” The contest, which launched Wednesday, will accept public submissions through May 28, and the winner will receive RMB80k ($11,317) before tax.

Some early efforts have already been posted to the mascot contest site, including the image displayed above. A word to applicants: remember not to submit any character that in any way resembles Winnie the Pooh, lest the judges think you’re taking shots at President Xi Jinping, and then you’ll likely end up in a re-education center with even less access to lottery products.