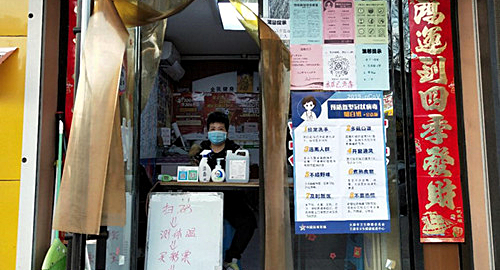 China’s state-run lottery operations are now working at about two-thirds of their capacity before they were shut down due to the COVID-19 pandemic.

On Thursday, China’s National Sports Lottery Center issued an update on the progress made since March 11, when the authorities gave the okay to resume operations following the unprecedented 49-day shutdown prompted by the coronavirus crisis.

The notice said that over 110k sports lottery terminals had resumed operations as of March 17, representing over 67% of the nation’s total complement of installed units. The notice didn’t specifically mention the welfare lottery, but its sales have also resumed.

The March 11 announcement specifically acknowledged that sales would only resume in ‘eligible areas,’ and Thursday’s notice indicated that sales had yet to resume in Hubei province – the site of the original coronavirus outbreak – as well as in Beijing and Tibet.

However, the notice added that local sales agents in those areas were “actively preparing” to resume operations. It’s worth noting that Hubei province reported Thursday that it hadn’t confirmed any new cases of COVID-19 infection, the first time since the outbreak that this has been achieved.

In order to restart lottery sales, retailers were required to undergo online training in how to disinfect their shops and to install temperature detectors to monitor each customer’s body heat. Customers were also required to register before being allowed to purchase lottery products so that the government could track their comings and goings (even more than usual).

Photos issued by some provincial lottery authorities show a number of retailers have opted to sell their products through a shop window or the front door, apparently to keep customers from congregating in small areas.

Signs have been erected with QR codes for various lottery products, allowing customers to scan the codes with their phones and then pay electronically, meaning the only contact they require with the retailer is to pick up the printed paper ticket.

Other photos show retailers setting up small stands on the street outside their shops, maintaining at least a six-foot distance from the other. Lottery officials also suspended the normal 60-day window in which customers could cash winning tickets, again, to reduce the number of people congregating in the shops.

Sadly, the sports lottery is dealing with the same problem currently facing western sports betting operators: virus-related shutdowns of sports leagues have created a paucity of products on which to wager. But give it another few months and China will likely create an entirely new football league comprised entirely of Uighurs imprisoned in those ‘re-education camps’ in Xinjiang.