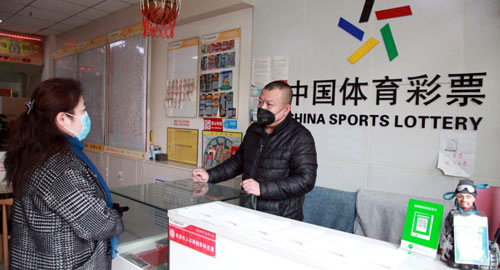 The only form of legal gambling on the Chinese mainland is back in business following an unprecedented 49-day shutdown caused by the coronavirus.

On March 11, China’s National Sports Lottery Center issued an “Announcement on the Resumption of Sports Lottery Issuance and Sales in Eligible Areas.” A similar announcement was made regarding the country’s welfare lottery, formally okaying provincial lottery administration centers to restart operations that were suspended on January 22.

The “orderly restoration” of lottery sales is rolling out on a piecemeal basis — for example, Shanxi province didn’t restart sales until Monday — based in part on a region’s ‘eligibility.’ This appears to be a reference to the ongoing quarantine in Hubei province, the ‘ground zero’ of the coronavirus outbreak.

For the time being, the Ministry is also preserving the suspension of lottery ticket redemption, apparently to avoid a surge in traffic by players who were holding winning tickets throughout the shutdown from a draw that predated January 22.

China’s Ministry of Finance originally ordered a 10-day halt to lottery operations in observation of the annual Spring Festival but this was extended as concerns over the coronavirus mounted. Eventually, the Ministry just stopped issuing updates and the resulting shutdown stretched to 49 days, an unprecedented event in the lottery’s 33-year history.

In late-February, Chinese authorities hinted that a lottery restart was imminent, provided lottery retailers took measures to ensure thorough disinfection of their premises, which also had to be equipped with “temperature detectors” to monitor the health of all customers. Lottery staff were told to view online training videos to prepare them for the new requirements.

The shutdown caused January’s lottery sales to fall 43.3% year-on-year, and while the Ministry has yet to issue any figures for February, they are expected to come in at zero. The Ministry stated that it could take six weeks or more for sales to resume their post-shutdown levels, although the annual sports lottery figure could suffer if the Euro 2020 football tournament is postponed.

To mitigate the fallout for lottery retailers, the Ministry has authorized provincial lottery administrators to issue one-time subsidies and “other assistance methods,” including rent reduction. Business fees have been temporarily reduced, in some cases, to zero.

China ‘temporarily’ suspended online lottery sales five years ago and has offered no indication that this suspension will be lifted anytime soon, if ever.

China’s battle with the coronavirus, which involved some draconian quarantine measures for residents of Hubei’s capital Wuhan, appears to have paid off. Sunday saw China report only 16 new cases, bringing the total to 80,860. As of Monday, the global total stands at over 169k, meaning there are now more cases outside China and the international spread is growing far faster than within China.