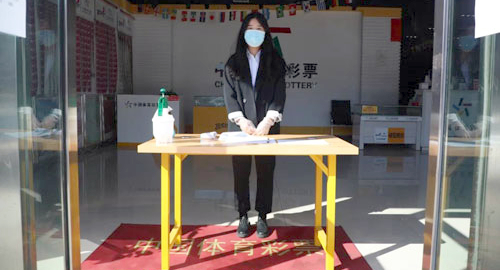 China has relaunched lottery operations in Hubei province, the epicenter of the global COVID-19 pandemic.

On March 29, the Hubei provincial Sports Lottery Management Center announced that it would restart lottery sales on Tuesday in all provincial cities and counties with the exception of the city of Wuhan, where lottery sales are expected to resume on April 8th.

China suspended all lottery sales in late-January for the annual spring festival but the rapid spread of COVID-19 ultimately stretched that suspension to a record 49 days, including the entire month of February, as the authorities tried to minimize community transmission.

Two weeks ago, China’s National Sports Lottery Center announced that two-thirds of the nation’s lottery operations had resumed sales, albeit under significant new restrictions. Retail lottery hubs are putting desks in their doorways and selling tickets without allowing customers to physically enter the shop, while other retailers have set up kiosks on the street spaced at least six feet apart.

This week, provinces such as Guangxi reported that 95% of their lottery retailers had resumed operations after introducing new safety protocols, including constant disinfections and taking the temperature of all lottery players before allowing them to purchase lottery products.

The lottery’s return to Hubei is significant, given the unprecedented lockdown imposed by the Chinese government in an effort to contain coronavirus infections, which were believed to have originated in Wuhan. The authorities began loosening these restrictions in March after the number of new cases dwindled to nothing. Wuhan just announced a full week without any new infections.

However, recent images of thousands of urns outside multiple funeral homes have led to speculation that the authorities may have dramatically underrepresented the number of COVID-19 fatalities in Hubei and Wuhan. In turn, this has led to skepticism regarding the government’s current claims of declining infection rates and questions regarding the wisdom of coming back out onto the streets in large numbers.

In 2018, China announced a ‘three-year outline’ for its sports lottery operations, which include nine main tasks to be accomplished by 2020. While one of these tasks involves “the application of digital information technology,” this was largely limited to security compliance, including monitoring outlets for illegal purchasing.

China infamously suspended all online lottery sales in March 2015 after uncovering rampant fraud at provincial administration centers. Having a state-approved online option would have allowed lottery operations to continue throughout the pandemic but the government continues to offer absolutely no indication that it’s considering an online restart.