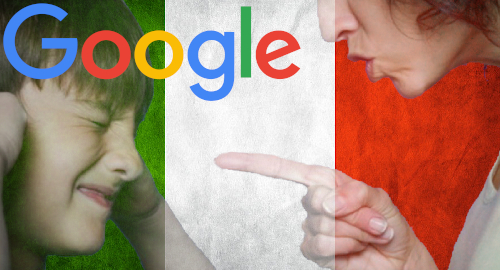 On Thursday, the Autorità per le Garanzie nelle Comunicazioni (AGCOM) announced that it had imposed a ‘pecuniary administrative sanction’ against Google Ireland Ltd for violating the gambling advertising prohibitions in Italy’s so-called Dignity Decree.

The Decree, which was announced in mid-2018 and took effect the following January, prohibited nearly all forms of gambling advertising and sponsorship activity. The restriction was intended to counter Italy’s problem gambling rates but locally licensed operators claimed the changes would result in a marketing surge by operators not holding Italian licenses.

The specifics of AGCOM’s Google animus relate to paid search ads for Sublimecasino.com, a French marketing affiliate. AGCOM’s announcement didn’t specify the size of Google’s penalty but French media reported that the fine was €100k.

AGCOM said the fact that Sublimecasino’s Google presence was paid advertising meant that Google couldn’t hide behind claims that it was merely a conduit through which the site’s presence became known to Italian gamblers.

Shortly after the Decree was announced, Google appeared to be taking all the right steps, informing gambling operators that as of July 16, 2018, “only state lotteries with deferred drawing will be allowed to run gambling advertisements in Italy.” True to predictions, Italian-licensed operators began dropping down Google’s search results while sites not holding Italian licenses moved on up.

This spring, Italy’s Serie A football league begged the government to relent on its advertising and sponsorship restrictions to allow clubs to replace ticket revenue lost due to the pandemic halt to live sports. The sponsorship ban alone was blamed for €100m in lost revenue to Italy’s top-flight football division.

Google has been struggling to adapt its systems to a variety of regulatory shifts in markets around the world. Whereas the company previously held a fairly uniform anti-gambling policy (at least, in its Google Play marketplace), it eventually began to loosen those limitations while also trialing paid ads for online gambling operators licensed to operate in several markets, including select US states.

But old habits die hard. Google recently got into a dustup with Indian payment processor Paytm, which was offering a ‘Cashback’ feature for local cricket fans timed to the start of the Indian Premier League’s 2020 season.

Paytm’s app and an app for its Paytm First Games division were briefly turfed from India’s Google Play marketplace but were allowed back in after ditching the Cashback option. Paytm urged customers to download its ‘pro’ (aka real-money) games Android app directly from the Paytm First Games website.

Paytm later issued a statement slamming Google’s “arbitrary (and self-serving) policies,” noting that fantasy gaming was a “completely legal business” in India. Paytm added that “while Google does not allow us to promote our pro app on our own free app or Paytm app, we can promote it on Google and YouTube by paying hefty fees to Google.”