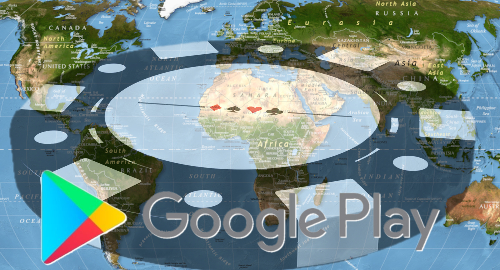 Technology giant Google will permit real-money gambling apps in its Google Play marketplace in a host of new countries as of March 1, as the company continues to relax its formerly strict anti-gambling stance.

On Thursday, Google announced updates to its Google Play Policies, dramatically expanding the number of countries in which real-money gambling apps, gambling-related ads and daily fantasy sports apps are permitted. At present, real-money apps are permitted only in the UK, Ireland and France, as well as Brazil (but only for state lottery operator Caixa Economica Federal).

While Google’s real-money policy encompasses online casino, sports betting, lotteries and DFS, there are market-specific restrictions for each of the above countries (listed here). For example, Australian law doesn’t allow online casinos, so those are out, while Canada’s real-money apps are restricted to “governmental operators only” (at least, for the time being).

The United States’ section is something of a minefield, adhering to each state’s specific online gambling regulatory regime (or lack thereof). Developers need to have licenses in each of the states in which they wish to distribute their apps and can’t stray outside the product lines covered by said licenses.

Gambling operators must also submit the necessary applications to have their apps featured in Google Play and “attempts to bypass the certification process” or “repeated or serious violations” of the rules will result in apps being swiftly purged from the marketplace.

Google Play-distributed apps will also be permitted to feature gambling-related advertising, albeit under a host of restrictions. These include the legality of an activity being promoted in a given jurisdiction, ensuring no under-18s view these ads, requiring responsible gambling messaging and prohibiting app content from promoting or directing users to real-money gambling services.

The relaxation of app advertising rules follows a December 2020 update to Google’s gambling policies that empowered users of both its search engine and YouTube video platform to opt out of seeing gambling advertisements.

Confusion over Google’s gambling policies resulted in a dustup with payment processor Paytm, which found its app locked out of India’s Google Play store last September due to it offering a contest in which players could collect online stickers and redeem them for Paytm Cashback.

Further to that dustup, Google said Thursday that it will permit ‘Gamified Loyalty Programs’ that “reward users with real world prizes or monetary equivalent,” provided the benefits, perks or rewards are “clearly supplementary and subordinate to any qualifying monetary transaction within the app.”

Google’s shift comes the same week that rival Apple was sued in a California federal court for distributing social casino apps in its App Store (and taking a 30% cut of the revenue). The suit accuses Apple of violating state law, which restricts slot machines to land-based tribal casinos.