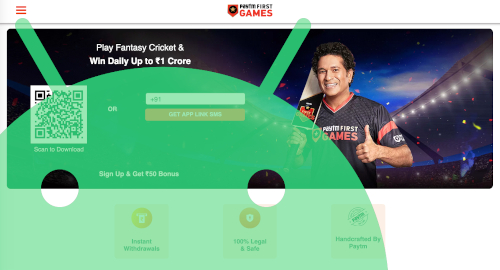 Google’s gambling policies briefly forced Indian online payment processor Paytm out of the Google Play marketplace, and while the app is back, this fight appears far from over.

Early Friday, tech giant Google issued a blog post reminding the world of its strict no-gambling policies for Google Play apps, adding that these policies also apply “if an app leads consumers to an external website that allows them to participate in paid tournaments to win real money or cash prizes.”

Paytm apparently violated these rules due to a promotion on its payment app in which users received ‘stickers’ for each transaction. Users were urged to collect five stickers and redeem them for Paytm Cashback. This ‘Paytm Cricket League’ was timed to coincide with the Indian Premier League’s 2020 season, which gets underway Saturday in the United Arab Emirates.

The expulsion of Paytm’s app set off a brief panic among its hundreds of millions of users in India, forcing Paytm to reassure customers that their funds were safe. A few hours later, Paytm’s app was restored to the Google Play market after the company removed the offending promotion.

The dust-up also sparked something of an uproar in India’s digital startup community, who felt Google was unfairly flexing its muscles against a local rival of its Google Pay service. Paytm CEO Vijay Shekhar Sharma issued a statement saying Google was acting as “judge, jury and executioner” and asked Indians to “decide if giving cash back is gambling.”

Some sources claimed that Paytm had crossed Google’s gambling red lines by promoting links to its Paytm First Games division – which offers fantasy sports, rummy and other online games – through the payments app. Other sources suggested Google may have been firing a warning shot ahead of the IPL season to deter illicit bookmakers from sneaking ‘chameleon’ betting apps into Google Play.

Outside of India, Google has been selectively relaxing its anti-gambling policies in certain markets, starting with real-money daily fantasy sports apps in 2015. A few years later, it allowed ‘real’ gambling app access to Google Play in the UK and select EU markets.

Google has a much less restrictive policy regarding allowing gambling advertising, and has even begun to permit online casino ads in US states that have legalized the activity.