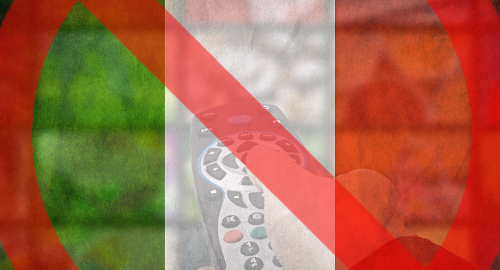 Italy’s new gambling advertising and sponsorship ban could take effect on January 1, 2019 as the country’s new coalition government looks to rein in the sector.

On Wednesday, the coalition submitted the final draft of its so-called Dignity Decree, which fleshes out the government’s previously announced plans for an “absolute ban on [gambling] advertising and sponsorships.”

The Decree’s explanatory report says the ban will apply to “any form of advertising related to games or wagering with winnings of money, however carried out and by any means, including sporting, cultural or artistic events, television or radio broadcasts, daily and periodic press, publications in general, billboards and internet.”

The explanatory report adds that the ban “also applies to sponsorships and all forms of content communication promotional not counted among the usual tabular advertising messages and includes the visual and acoustic citations and the superimpression of the name, brand, symbols, activities or products that promotes gambling or betting.”

Failure to abide by these restrictions will result in administrative fines starting at a bare minimum of €50k and extending to 5% of the sponsorship or advertising value. The fines will apply equally to gambling operators, the media outlets carrying the advertising and/or the sports bodies/event organizers.

Even heavier fines, staring at €100k and topping out at €500k, will be applied to entities that advertise gambling products or services via programs with largely underage audiences.

Money raised by these fines will go toward problem gambling harm reduction programs, since the whole ad ban is justified on the basis of, what else, “strengthening consumer protection.”

Italian-licensed online gambling operator LeoVegas has publicly commented that the proposed ad ban may violate Italy’s constitutional protections on the freedom to do business, given that the Italian government’s decision to legalize and license the sector effectively declared that gambling didn’t represent an existential threat to society.

LeoVegas encouraged the coalition to “revise” its proposal to address the serious issue of problem gambling “without populist slogans and action.” LeoVegas warned that the ad ban won’t achieve a significant reduction in problem gambling activity, as it will lead to a surge in advertising by gambling operators not holding Italian licenses.

Ironically, the coalition’s decree arrived on the 20th anniversary of Italy legalizing sports betting for the first time, which coincided with the 1998 FIFA World Cup tournament in France. Prior to that date, Italian punters’ legal wagering options were limited to the ponies and lotteries.