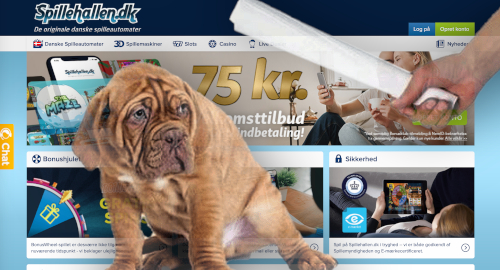 On Monday, Denmark’s Spillemyndigheden regulatory agency reported that it had issued a ‘reprimand for non-compliance’ against LeoVegas for flaws in its customer verification process. The matter was brought to the regulator’s attention by the company, which detected the problem during an internal investigation.

The flaw, which involved new customers who registered with the company’s Danish-licensed site between June 2019 and May 2020, involved converting temporary accounts to final accounts without the required customer verification. Specifically, the accounts in question were all approved using NemID, a popular online banking log-in solution for Danish residents.

However, Spillemyndigheden prohibits online licensees from using NemID as a standalone registration unless a risk assessment has been made. Otherwise, “NemID cannot stand alone and must thus be supplemented by another control source or other mitigating measures.”

As such, Spillemyndigheden concluded that LeoVegas had violated Chapter 3 of the Money Laundering Act on customer due diligence. However, the regulator noted that LeoVegas fixed the problem in June, meaning future foul-ups of this sort won’t occur in future.

The regulator also announced a reprimand of online casino operator Spillehallen.dk for different violations of the Money Laundering Act. In this case, the operator was asked in September 2019 to submit its AML documentation to Spillemyndigheden, which subsequently concluded weren’t up to code.

Spillehallen.dk submitted fresh documents in November indicating “a major revision” of the company’s AML policies, procedures and controls had been initiated. In December, Spillemyndigheden determined that the company was now in compliance.

However, Spillemyndigheden noted that the regulator was actually in the wrong for failing to follow rules requiring it to publicize disciplinary decisions “the day after a decision has been made.” As such, the regulator notes that its indictment of Spillehallen.dk should have been published a year ago.

In neither case did Spillemyndigheden indicate what tangible penalty, if any, either operator might pay for falling short of its regulatory obligations. As for its own failings, perhaps the regulator will now sit in the corner wearing a funny hat for the rest of the week.