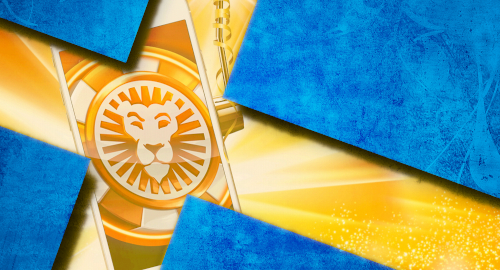 The modest revenue rise came despite the number of new depositing customers rising 24% year-on-year and returning depositing customers up 28%. The gains were credited to the company’s launch of its GoGoCasino and Livecasino brands in Finland, as well as the pandemic restrictions imposed on land-based gambling options.

However, total deposits rose only 6% year-on-year and average deposit per depositing customer shrank 16%, in part due to the online casino deposit restrictions Sweden imposed in July. LeoVegas said these changes have caused “unhindered” growth among international online operators not holding a Swedish license, which aren’t subject to the same restrictions.

LeoVegas further claimed that many of these international rapscallions were actively targeting customers who’d signed up for Sweden’s problem gambling self-exclusion registry. LeoVegas said this problem “is big and is shaking the foundation of the entire Swedish license system.” If the country’s politicians and regulators don’t act now, LeoVegas warned that the result will be the demise of a “well-functioning” gaming market.

LeoVegas is more bullish on Germany’s transition to a regulated online gambling market, although there will be some negative ‘initial’ impact of the new regulations, which the company has “already begun implementing.” With around 17% of LeoVegas’ Q3 revenue coming from Germany, the company can’t afford to annoy local authorities.

Nordic markets’ share of Q3 revenue fell by one-fifth year-on-year to 35% of the total. The Rest of Europe segment was up double-digits to 47%, while the Rest of World segment gained more than one-fifth to 18%.

Despite the German restrictions, LeoVegas said revenue in the current quarter was running around 27% higher year-on-year, thanks to the addition of bingo as a new product category and the relaunch in Finland of the Royal Panda brand on LeoVegas’ proprietary tech platform.