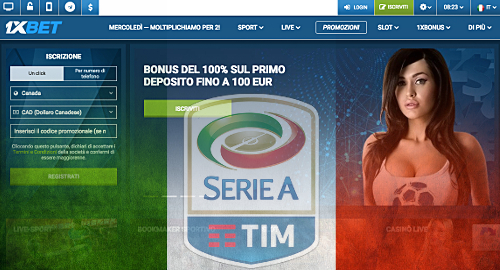 Italy’s Serie A football league recently announced a deal with Russian bookmaker 1xbet’s Curacao-licensed online gambling operation in which the company would serve as the league’s international presenting partner (excluding Asian markets) for the 2017-18 football season.

However, since Italy has a regulated online gambling market and actively blocks the domains of online gambling operators not holding an Italian license – like 1xbet – the deal was met with howls of protest from the country’s Agenzia delle Dogane e dei Monopoli (ADM) gaming regulatory body and the usual crop of publicity-hungry politicians.

Infront, the sports marketing company that facilitated the betting partnership between 1xbet and Serie A, defended the deal, saying 1xbet’s lack of a local license was “of no relevance” to the deal as it only applied outside the country and thus no 1xbet marketing would be visible by Italian punters.

Despite these assurances, Serie A officials announced late last week that they had suspended the 1xbet sponsorship deal, meaning the 1xbet logo will not appear in Serie A promotions in the affected international markets. However, Serie A has so far been cagey as to whether the deal will be canceled outright.

Italy’s ADM regulatory agency maintains a large and growing blacklist of international rogues who continue to serve Italian punters without local authorization. Last month, ADM added another 97 naughty names, bringing the total number of blacklisted domains to 6,720, of which at least a couple hundred are 1xbet mirror sites.

1xbet had a couple of its mirrors blocked by Bulgarian regulators this week, while Russia’s Roskomnadzor telecom watchdog generally adds a hundred or more 1xbet mirrors to its online blacklist each month. While 1xbet holds a Russian online sports betting license, its Curacao-licensed operation offers casino, poker and other products that Russian regulators don’t permit.