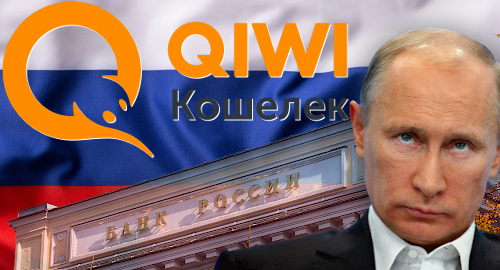 Russia has sanctioned a major online gambling payment processor just as the government is seeking to bring all online betting transactions under its own oversight.

On Thursday, shares in Russia’s Qiwi Bank fell 12% on news that the Central Bank of the Russian Federation had prohibited Qiwi from making electronic payments on behalf of foreign merchants or facilitating transfers to prepaid corporate cards for a period of six months starting December 7.

The penalties, which included a RUB11m (US$150k) fine, were imposed following a Central Bank audit of Qiwi transactions with international firms between July 2018 and September 2020. The specific nature of these suspect transactions has yet to be disclosed.

Qiwi issued a statement saying it was “in dialogue” with the authorities “to eliminate the identified violations, as well as negotiate a partial cancellation and reduce the level of restrictions imposed.” Qiwi estimated that up to 40% of its current payments revenue would be negatively impacted by the restrictions.

This isn’t the first time Qiwi has felt the government’s sting, having been blacklisted in 2016 for facilitating money movement between Russian bettors and internationally licensed gambling sites.

Qiwi is the designated processor for members of Russia’s Bookmakers Self-Regulatory Organization (Bookmakers SRO), one of two rival industry groups for Russian-licensed bookmakers. Each SRO features a centralized payment hub, with the First SRO utilizing the Mobilnaya karta money transfer service (although pretty much all Russian bookies use Qiwi).

Legislation currently advancing in Russia’s Duma seeks — along with other troubling provisions — to eliminate these two payment hubs in favor of a single payment channel overseen by a Unified Gambling Regulator reporting to the Ministry of Finance. Russia’s bookmakers are up in arms over the proposal, fearing that a payment monopoly will have the discretion to hike fees at will.

Russia has 21 licensed online bookmakers, many of whom share a brand identity with international sites licensed in jurisdictions such as Cyprus, Malta and Curacao. Many of these foreign sites do a brisk trade with Russian bettors, in part because they can offer online casino and poker products that aren’t legally permitted in Russia.

Russia’s government has attempted to hamstring these international offshoots by introducing legislation requiring Russia’s betting licensees to provide information on their beneficial owners, while prohibiting gambling organizers that are registered abroad and don’t provide “disclosure and provision of information during financial transactions.”

One of Russia’s biggest bookmakers is 1xStavka, the local version of the 1xBet brand that is popular with bettors across the globe. The Curacao-licensed 1xBet.com prominently features Qiwi’s e-wallet in its list of payment options, right under Visa and Mastercard.

In August, Russian authorities raided a tech hub in Bryansk seeking information on three individuals suspected of running unauthorized gambling services on behalf of 1xBet. Questions over 1xBet’s complicated ownership structure were detailed this week in a lengthy profile by Forbes Russia, which is worth reading if you can somehow make sense of the tangled web woven within. But it gives you an idea of why Russia continues to drop the hammer (and sickle) on unauthorized operators.