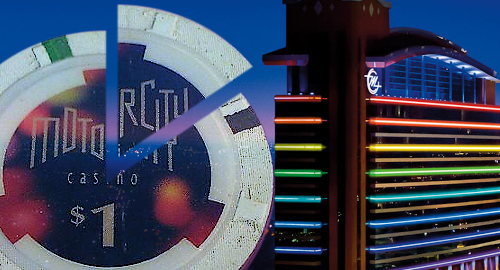 However, considering Detroit’s casinos are still operating at only 15% of their maximum capacity, being down only slightly more than one-fifth year-on-year is impressive. For the year-to-date, the city’s gaming revenue is off 58% from the first nine months of 2019.

With the ability to welcome customers to their retail operations constrained, Detroit’s casinos – as well as the state’s numerous tribal casino operators – are anxious for the state to approve its online betting, casino and poker rules. The state began accepting online license applications in July but governments aren’t exactly known for their speed.

The MGCB held public hearings last month on their proposed online gambling regulations after soliciting feedback from stakeholders. The MGCB then forwarded its revised rules to the Michigan Office of Administrative Hearings and Rules, which last week submitted the text to the legislature’s Joint Committee on Administrative Rules (JCAR) for further study.

The JCAR has 15 (legislative) days in which to ponder its options, meaning it could be mid-December by the time the MGCB gets the nod to start issuing licenses, so the first state-approved sites might not launch until January (hopefully before the Super Bowl).

Meanwhile, the state Senate approved a bill (SB991) this month that would allow Michigan-licensed online poker operators to share liquidity with licensed operators in other US states. The online gambling/betting legislation approved last December didn’t address interstate liquidity, which poker sites in other states have come to view as an absolute necessity given their small populations.

The Michigan House of Representatives still has to approve SB991, and should that measure not come up for a floor vote in the few days left on the 2020 legislative calendar, legislators will have to restart the process from scratch once the 2021 session gets underway.