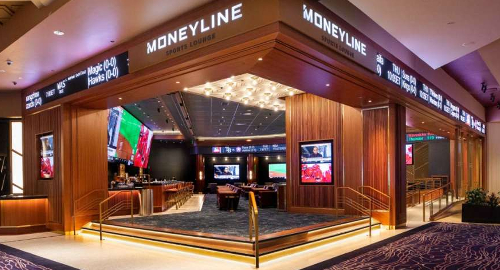 Figures released this week by the Michigan Gaming Control Board show Detroit’s combined casino gaming revenue of $112.3m in September, down 2.5% from the same month last year and 6.3% below August 2019’s result. For the year-to-date, gaming revenue is essentially flat at $1.09b.

MGM Resorts’ MGM Grand Detroit led the casino revenue chart with $46.5m but this was down 6.4% year-on-year, the only casino in negative territory last month. That said, the others barely qualified for growth, as MotorCity’s revenue was up only 0.1% to $38.9m and Penn National Gaming’s Greektown rose 0.7% to $26.9m.

MGM’s Detroit venue recently opened Moneyline, its new sportsbook-in-waiting. Michigan has yet to legalize wagering, so Moneyline is for the moment only a ‘sports lounge’ at which fans can watch games, quaff pints, grab a bite to eat and play the odd game of bar-top video poker, if that’s your thing. But no sports betting.

MGM Grand Detroit president Mike Neubecker told Mlive.com that the property had built Moneyline “with the intention that this would be the traditional space to walk up and make a bet.” All that’s needed now is for Michigan legislators to pull their thumbs out and push their betting bill over the finish line.

BETTING UNCOUPLED FROM IGAMING
Michigan’s legislature has a number of gambling proposals on its agenda, but Rep. Brandt Iden, who has spearheaded most of the state’s gambling expansion efforts in recent years, recently unveiled a modified draft of legislation that would legalize both land-based and online betting by consciously uncoupling it from other online gambling products, such as casino and poker.

Michigan Gov. Gretchen Whitmer has made it clear that she’s no fan of online gambling, based on her belief that it will cannibalize the state lottery’s revenue (despite a distinct lack of evidence in other states to support that conclusion).

Whitmer has also pushed for a 15% sports betting tax rate, nearly twice the 8% rate that Iden supports, although his new draft would require Detroit casinos to pay the city an additional 1.25% (the state’s tribal casinos would be spared this top-up). Iden also proposes cutting initial betting license fees in half to $100k, while annual renewal fees would also halve to $50k.

Having previously shepherded an online gambling bill through the state’s legislature, only to see this bill cruelly vetoed by outgoing Gov. Rick Snyder last December, Iden appears determined to secure a veto-proof majority of legislators before pushing for a betting vote. But things would definitely go a lot smoother if he could get Whitmer on board. Perhaps the two should discuss it over a beer at Moneyline.