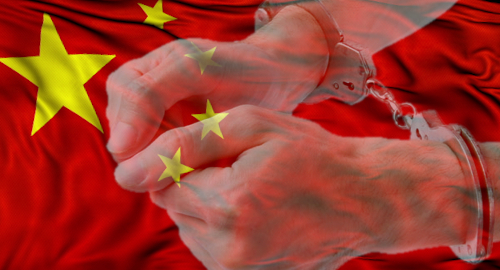 China’s anti-gambling campaign shows no sign of letting up, with the country putting international companies on notice of possible criminal penalties.

On Tuesday, state-run media reported that the Chinese Standing Committee of the National People’s Congress was reviewing an amendment to the country’s laws that would officially criminalize overseas entities that attempt to lure Chinese citizens for gambling purposes.

This review coincides with an Australian probe into casino operator Crown Resorts that has at times put great focus on the company’s promotion of gambling to customers on the Chinese mainland, in violation of Chinese law. Those ill-advised promotions ultimately resulted in the arrest and lengthy detention in China of a number of Crown staffers.

In August, China’s Ministry of Culture & Tourism announced a ‘blacklist’ of overseas gambling destinations, although the announcement failed to actually name the countries that would be included on this list.

While the amendment specifically references “organizing and soliciting by casinos abroad,” it’s possible that this new criminal definition could also ensnare foreign-based online gambling operators who lure Chinese citizens with offers to work in ‘high-tech’ industries, then confiscate the citizens’ passports and force them to work in what amounts to online gambling customer service sweatshops.

China is also mulling unspecified new penalties against domestic gambling organizers, perhaps due to the COVID-19 pandemic dramatically reducing the number of mainland residents willing to travel to Macau, the one Chinese jurisdiction in which casinos are permitted.

China has long raged against so-called ‘cross-border gambling,’ particularly when it facilitates the unauthorized outflow of capital from the mainland to foreign countries through so-called ‘fourth party’ payment processors. On Saturday, the Ministry of Public Security issued a warning regarding “illegally opening and selling phone cards and bank cards” for the purpose of committing telecom crimes, including online gambling.

As if on cue, Tuesday saw authorities in Xinjiang province announce the disruption of “a fourth-party payment platform [that] provides a channel for overseas gambling websites.” The platform reportedly involved the use of nearly 100k bank cards to funnel payments between mainland gamblers and gambling sites based in unspecified countries. Police arrested seven individuals and froze accounts containing RMB32m (US$4.75m).