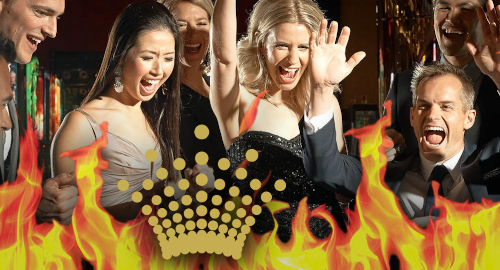 On Friday, Crown chair Helen Coonan confirmed that the company’s $2.4b Crown Sydney property will start its soft-opening on December 14, months ahead of a report by the New South Wales Independent Liquor & Gaming Authority (ILGA) inquiry into Crown’s suitability to hold a state gaming license.

The inquiry saw dramatic testimony this week from Crown’s largest shareholder James Packer, who acknowledged the company’s numerous anti-money laundering compliance failures in its dealings with high-rolling gamblers and the junket operators who ferry those VIPs to Crown’s casinos.

On Friday, director Harold Mitchell continued the ‘see no evil’ stance adopted by other Crown execs who’ve previously testified to the inquiry, saying he only recently learned specifics on the role junkets play in Crown’s ecosystem and he now hopes “I never hear [the word ‘junket’] again.”

Mitchell also admitted he’d failed to scrutinize the activities of two shell companies Crown set up to help cross-border movement of cash on behalf of gamblers. Mitchell said he “assumed” Crown’s senior execs would handle this task, furthering the impression that everyone at Crown assumed someone else was handling the difficult stuff.

Mitchell also told the inquiry that Crown’s board “should have” been informed of internal emails detailing threats Crown’s China-based staff had received from VIP gambler Qiyun Zhou if they stopped advancing him credit to gamble.

Honestly, Crown’s board meetings appear to have resembled the airplane scene from Home Alone where the family realizes they’ve left Macaulay Culkin behind, only they yell ‘Packer!’ instead of ‘Kevin!’

Meanwhile, the Victorian Commission for Gambling and Liquor Regulation (VCGLR) announced Friday that it had called on Crown to “show cause why disciplinary action should not be taken for failing to ensure that controls regarding junket participants were implemented” at the company’s Crown Melbourne casino.

Last year, Aussie media reported that the Suncity Group junket was running an illegal ‘cash desk’ at its Crown Melbourne VIP room. The room was legally permitted to have only around AU$100k on hand but AU$5.6m in cash was found stashed in a cupboard.

The VCGLR said it will wait to hear Crown’s response before considering whether to impose a fine, issue a letter of censure or direct the company to amend its wicked, wicked ways.

The regulator has been accused of being too cozy with Crown, particularly after it renewed Crown Melbourne’s license in 2018 despite evidence that the casino had tampered with its video poker machines to allow high-rollers to circumvent responsible gambling limits, along with numerous other failings. Clearly, the VCGLR is now feeling public pressure not to be upstaged by its NSW counterpart.

Aussie media, including some of the outlets who last year broke the stories of Crown’s VIP shenanigans, are urging the ILGA inquiry – which is far from done collecting testimony but won’t issue its final report until February – not to let Crown off the hook this time.

While few analysts believe the ILGA will deem Crown unsuitable to hold an NSW gaming license – which would render Crown Sydney a white elephant and threaten the city’s rejuvenation efforts – a growing consensus is that Crown will have to undergo a top-to-bottom executive restructuring and strict new rules of operation will be imposed on their replacements.