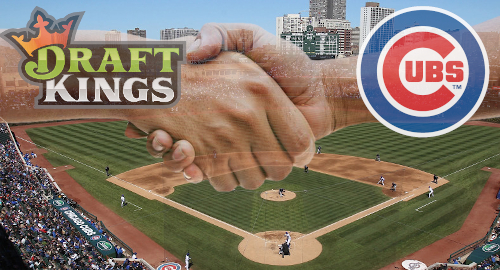 US sports betting operators DraftKings and BetMGM have deepened their ties to pro sports franchises in Chicago and Detroit, respectively.

On Thursday, DraftKings announced a deal to become the Official Sports Betting and Daily Fantasy Sports Partner of Major League Baseball’s Chicago Cubs. The multi-year deal comes with the usual branding and marketing opportunities, but the real opportunity for DraftKings takes on a more physical form.

The new partners say they have “a plan to pursue a first-of-its-kind sportsbook” at the Cubs’ Wrigley Field ballpark that will offer “a best in class entertainment experience for sports fans in Illinois.” The deal will also allow online betting access for fans within a five-block radius of the stadium.

There are a few caveats to this plan, because while Illinois has a legal betting market, a new retail sportsbook will require the City of Chicago’s approval. Given the traditionally slow pace of civic politics, this process could take a few years — by which time the pandemic panic may have lifted and Wrigley will actually allow fans inside its doors — although Cubs’ ownership will likely lean on city pols to get a move on. The new sportsbook will also require payment of a $10m betting license from the Illinois Gaming Board.

The US sports world has been tentatively embracing on-site sports betting for some time now, following last month’s launch of a William Hill US sportsbook at Capital One Arena in Washington, DC. The National Football League’s Denver Broncos have inked two deals for on-site sportsbooks at Empower Field at Mile High, one with UK bookmaker Betfred and the other with the Roar Digital joint venture’s BetMGM brand.

Speaking of, BetMGM announced Thursday that it had signed on as the first Official Sports Betting Partner of the NFL’s Detroit Lions. The deal is primarily an expansion of MGM Resorts’ existing marketing partnership, with the new BetMGM brand getting exposure at the Lions’ home field as well as on the team’s free-play predictive app.

In 2015, MGM Resorts inked a deal to install a ‘special fan zone’ at the Lions’ Ford Field, but that was four years before Michigan authorized legal sports betting. Neither BetMGM nor the Lions said anything Thursday regarding whether the MGM Grand Detroit Tunnel Club at Ford Field has ambitions to incorporate a sportsbook.