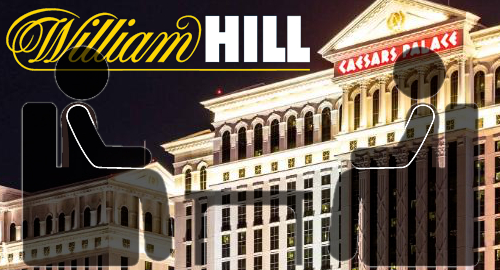 UK bookmaker William Hill and US casino giant Caesars Entertainment are discussing a possible online gambling and sports betting tie-up to compete with the US market’s big betting dogs.

Talk of a Hills-Caesars union isn’t exactly new and word came in July that Hills would be taking over management of sportsbooks at Caesars properties in betting-friendly states following the Eldorado marriage. That’s on top of the six Vegas sportsbooks over which Hills gained control via its deal for CG Technology, which was formally approved by Nevada regulators last week.

On Tuesday, William Hill US CEO Joe Asher told Bloomberg that his company and Caesars were indeed talking about further integration of their operations, although he was coy on the specifics. Asher said only that “there’s a lot of opportunity in there, and we think that we’ve got some really powerful assets in this space, so obviously it’s an ongoing subject of discussion.”

One year ago, then-Eldorado CEO (and current Caesars CEO) Tom Reeg suggested one possible result of the upcoming merger would be the spinoff of Caesars’ sports betting and online casino operations into a standalone “pure-play” entity. As the US market continues to liberalize, Reeg believes the betting/online combo could generate revenue of between $600m and $700m in 2021.

An online gambling/betting spinoff would not only simplify management of new Caesars’ sprawling land-based operations but – as recent IPOs have revealed – provide a lot of pocket money for the spinners (and help pay down some of new Caesars’ sizable debt).