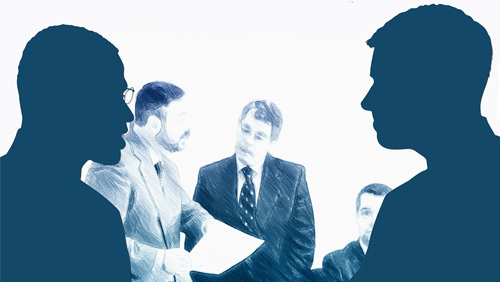 News started circulating last fall that Caesars Entertainment and William Hill had started negotiating a deal that would see the two gaming empires merge into one company. The idea was to have Caesars assume control over the British sports gambling giant that would ultimately create a gambling force worth around $7.5 billion and which would have a strong geographic position in the

US. While the deal may have seemed enticing to some of the brass at the two companies, it wasn’t enough to convince the numbers crunchers or top executives, and the merger reportedly had been canceled due to price. The news has surfaced again and there is mounting speculation surfacing that William Hill could be a target for takeover.

There has already been considerable consolidation in the industry, with multi-billion-dollar deals being signed in order to compensate for losses by the UK gambling powerhouses and the restrictions placed on fixed-odds betting terminals (FOBT) in their home country.

Ladbrokes Coral was purchased by GVC Holdings, also acquired bwin.party, last year in a deal worth around $4 billion. Prior to that merger, Ladbrokes had already been involved in another major deal with it joined forces with Gala Coral in 2016. Paddy Power and Betfair merged to become Paddy Power Betfair, which is now rebranded as Flutter Entertainment.

William Hill already has a massive agreement with Eldorado Resorts. They signed a 25-year partnership last September, and Eldorado is one of the companies that is reportedly considering buying Caesars. That merger has gained favor with the analysts, with Carlo Santarelli of Deutsche Bank recently stating, “We believe the likelihood for an ERI/CZR [Eldorado/Caesars, for their stock tickers] pairing has increased and we believe this transaction would be a net positive for ERI, CZR, and the gaming group more broadly, given the valuation implications and broader halo of a busy (mergers and acquisitions) environment.

William Hill has tried to find someone to take the reins several times. It has discussed, but declined, options with The Stars Group and, in August 2016, turned down a bid presented by The Rank Group and 888 Holdings. All of the negotiations failed because shareholders didn’t believe that the billion-dollar deals held enough merit and because they weren’t willing to make any arrangement based on “risk, debt and hope.” The company’s CEO, Philip Bowcock, isn’t giving up hope, though, and says that he would “still quite like to sell the business because he’s set some pretty big targets for what they’re going to do in the US.”