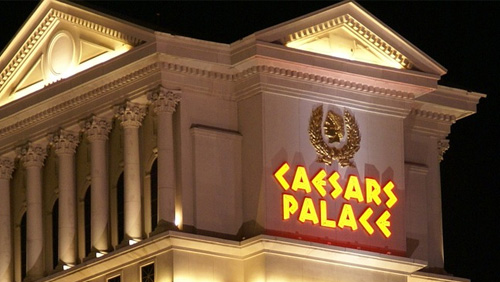 Eldorado Resorts may be closer than ever to taking over Caesars Entertainment Corp. There has been talk of a possible acquisition in the past, but not much movement had been seen recently. Now, at least one industry analyst is putting his weight behind a possible upcoming deal and asserts that the companies’ valuation is a primary impetus behind the acquisition.

Carlo Santarelli of Deutsche Bank said this past Wednesday, “We believe the likelihood for an ERI/CZR pairing has increased and we believe this transaction would be a net positive for ERI, CZR, and the gaming group more broadly, given the valuation implications and broader halo of a busy (mergers and acquisitions) environment.” His use of “ERI” and “CZR” refer to Eldorado’s NASDAQ ticker symbol, ERI, and Caesars’ NYSE ticker symbol, CZR.

If Eldorado were to go after Caesars, it would be able to seek as much as $10.50 for each share of the company known for its properties such as Caesars Palace, Paris, Bally’s and others. This price point is about a 14.8% premium above stock’s closing price this past Wednesday and, given the size of the deal, which will almost definitely include cash and stock, Caesars investors stand to pick up a nice bonus.

Santarelli added, “We estimate, based on what we believe to be leverage thresholds and synergy targets, that ERI would likely offering something in the range of a ~55/45 cash/stock deal. As such, and assuming our ERI pro forma target objective of $83, we believe the transaction, over time, could represent a greater than 40 percent return for CZR holders.”

With all that in mind, the analyst says both CZR and ERI deserve a “Buy” rating and put a target price of $11 on Caesars and $56 on Eldorado.

Summarizing, Santarelli states, “In short, for ERI, we think a transaction of this type is purely one of financial merit, and nothing more, for ERI. We believe, much like ERI has done with prior transactions, if management believes it can garner appropriate synergies and drive shareholder value, it will act, and, as such, we put a strong probability on an ERI/CZR transaction.”

Of course, Eldorado might have to battle it out with Tilman Fertitta and Golden Nugget Casinos before a deal is reached. Fertitta has had his eye on the company since at least late last year.