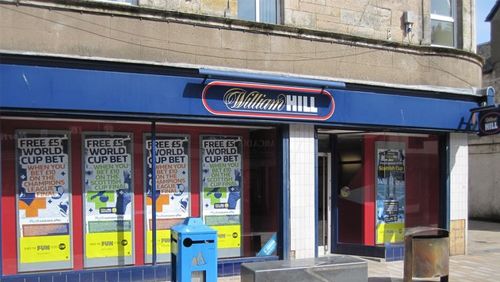 If William Hill wasn’t the largest sports gambling company in the U.S. before, it most likely will be now. The company just announced that it has worked out a deal with CG Technology to purchase their sportsbook assets in Las Vegas, also providing a gambling platform for the company’s operations on Paradise Island in the Bahamas.

Details of the transaction, including when it might be completed and how much money is at stake, weren’t provided in a press release. CG Technology owns leases on sports gambling operations at six Vegas properties that will be turned over to William Hill, including The Cosmopolitan, The Venetian, The Palazzo, The Palms, the Tropicana and Silverton. It will also pick up the company’s assets at the Atlantis on Paradise Island.

William Hill U.S. CEO Joe Asher says of the deal, “We are pleased to have reached this agreement. This will allow us to expand our Las Vegas footprint to several marquee resorts. We look forward to working with our new casino partners and transitioning CG Technology’s retail and mobile customers to our award-winning offering.”

As with all changing of the guard in the gambling space, regulators still need to sign off on the acquisitions. However, this should be nothing more than a simple formality, given that William Hill is in good standing and regulators may simply prefer to have CG Technology exit the local gambling scene in light of some of its past missteps. Despite no firm date given, it’s easy to imagine that, unless there are any unforeseen bumps in the road, the deal will most likely be consummated sometime during the first or second quarter of next year.

Parikshat Khanna, the CEO of CG Technology, added about the transaction, “We are happy to reach an agreement for the sale of the race and sports book assets of CG Technology to William Hill and look forward to a seamless transition for our loyal casino partners and customers.”

William Hill had 113 Nevada venues in its portfolio prior to this latest acquisition. Picking up the CG Technology properties allows it to further embed itself in Vegas, but it doesn’t end there. The company has a standing relationship with Eldorado Resorts that it expects to be expanded greatly when the Eldorado-Caesars Entertainment merger is complete.