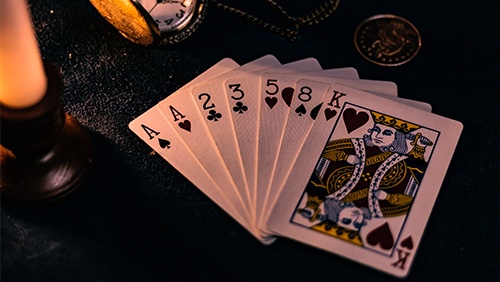 The October 24 session of the Nevada Gaming Commission (NGC) covered two major topics, each covering the gambling sector in very different ways. The group have agreed to rules for fundraising lotteries, as well as a new license for an executive from a previously fined company.

First, the commission agreed to allow charitable lotteries to have participating from youths under the age of 18, so long as no cash prizes are involved. The commissioners voted unanimously to lower the age limit for participation, giving in to charitable groups who depend on young volunteers to help with fundraising, the Las Vegas Review-Journal notes. Specifically, Ducks Unlimited, Nevada Bighorns Unlimited and the Rocky Mountain Elk Foundation were worried their fundraising campaigns could be affected by May 2019 regulations.

But other prohibitions, including a ban on persons under 21 from getting involved in charitable blackjack, poker or bingo, will stick. The National Center for Responsible Gaming also pressed the NGC to not go any lower than 18, due to fears of problem gambling.

The NGC also agreed to approve a new license for Tullio Marchionne, chief compliance officer and deputy general counsel for Las Vegas-based CG Technology LLC. She had previously received unanimous recommendation for approval by the Nevada Gaming Control Board on October 9.

The sportsbooks at the Venetian, Palazzo, Cosmopolitan Las Vegas, Hard Rock Hotel, Palms, Tropicana and Silverton are run by CGT. The problem is, they’ve been very sloppy about how they do things for years.

CGT previously has been in hot water with the NGC, having been fined $2 million in 2018 for offering wagers outside the state, past post wagers, and making incorrect payouts. The company admitted to all of their faults. They were also fined $5.5 million in 2014 and two fines of $12 million and $1.5 million in 2016.

Marchionne, the NGC agreed, has been brought in to help right the ship. They unanimously approved her getting a license and noted she will lead an effort to change the culture at the operator with her new compliance team.