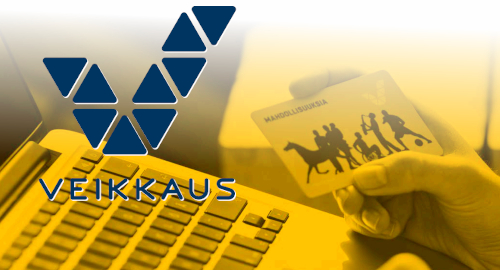 Finland’s Veikkaus gambling monopoly says it expects its 2020 profits to fall by around €300m due to COVID-19, while the country debates whether to shift to a more open online gambling market.

On Friday, Veikkaus reported that its revenue over the first half of 2020 totaled €607.2m, a drop of 28% from the first half of 2019. Profit was down more than one-third to €332.7m, prompting the company to warn that it likely won’t meet the €1b full-year profit stipulated in the 2020 state budget.

Veikkaus noted that its land-based operations, including its own slots halls and slots in private businesses, were forced to close in mid-March and stayed closed for several months. This pushed the retail share of H1 revenue down to 55.9%, with the remainder coming via Veikkaus’ digital channels.

Veikkaus has been trying to grow its digital operations ever since it began a cull of its land-based slots business, the ubiquity of which has increasingly come under fire from the public. But the 11.8-point rise in digital market share was primarily due to the greater land-based decline, as digital casino sales were down 0.9% year-on-year.

Veikkaus has pledged to accelerate its slots cull, reducing the total machine count from 18,500 to 10,500 by year’s end. Starting next January, slots jockeys will also have to verify their identity before play is permitted, and the machines will alert players as to their time spent gambling every 15 minutes.

Finns are among the world’s biggest gamblers on a per capita spending basis, and the public’s view of gambling has turned increasingly sour over the past few years (despite declines in the rates of problem gambling activity). This has led to calls to end the Veikkaus monopoly in favor of a more open and competitive market.

This week, Finnish media outlet Taloussanomat published a series on what gambling model would work best for the country. Lasse Pöyry, an economist at the Finnish Competiton and Consumer Authority, argued that a more competitive model – like that in Sweden and Denmark – would channel more gamblers to locally licensed sites, thus allowing regulators a better opportunity to monitor activity for signs of potential problem gambling behavior.

Veikkaus’ Deputy CEO Velipekka Nummikoski agreed that the current system wasn’t optimal but suggested that a more viable option would be for the government to strengthen the existing monopoly through the use of domain- and payment-blocking. Either way, Nummikoski said the path forward was “a political question.”