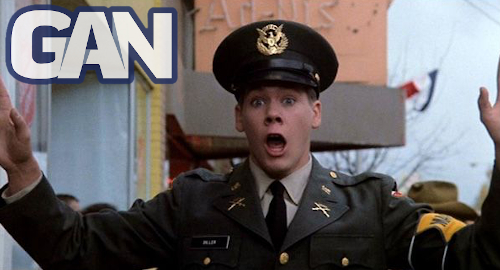 On Thursday, GAN announced that its revenue in the three months ending June 30 had nearly doubled from the same period last year to $8.3m. Adjusted earnings totaled $1.9m, up from a negative $200k in Q2 2019, but the company still booked a net loss of nearly $8.8m for the quarter thanks in part to expenses related to the company’s initial public offering in May.

The gains came via GAN’s Real Money iGaming (RMiG) revenue, which more than doubled year-on-year to $4.15m. GAN also booked $1.53m in ‘Service Revenue’ aka the licensing of its online gambling patent for linking customers’ rewards accounts to their RMiG accounts.

Seeking to calm the waters, GAN CEO Dermot Smurfitt stressed that FanDuel was “not leaving the platform” and GAN remains “in technical custody of a very, very large and lucrative portion of [FanDuel’s] business.”

Furthermore, GAN said Parx would soon be launching a GAN-developed iOS app in New Jersey. GAN also has plans to launch sports betting with three operators in Michigan by October if the fates allow and GAN will be launching a new ‘Tier 1’ client before the year is through.

Bottom line: GAN says it’s sticking with its previous guidance of FY20 revenue coming in between $37m to $39m. But GAN’s shares plunged 13.6% in after-hours trading as investors digested the news.

GAN launched a new Pennsylvania RMiG site this week courtesy of Cordish Gaming, which wants local residents to get cozy with its PlayLive! Online casino before the launch of the company’s first land-based Pennsylvania casino later this year.

All this US expansion pushed the country’s share of GAN’s Q2 revenue to 85%, 10 points higher than the same period last year. Italian market revenue was up 19% year-on-year to $1.23m while the UK market contributed a mere $33k after the Chickasaw Nation withdrew from its collaboration on the WinStar Casino site at the end of 2019.

On the analyst call, Smurfitt said GAN was “evaluating several opportunities to acquire complimentary sports betting technology” in a bid to expand its share of its client’s gross revenue. The company currently has around $63.8m in cash and equivalents on hand with zero debt.