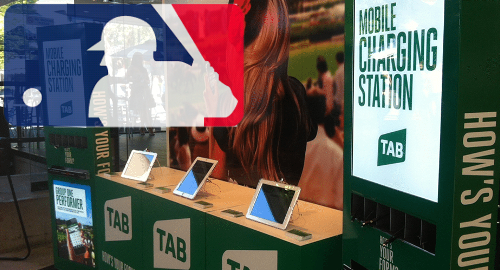 On Tuesday, Tabcorp announced that it had struck a deal to make its TAB land-based and online betting brand the sole official wagering partner of MLB. Terms of the ‘multi-year’ deal weren’t disclosed.

The deal will offer the 4,400 TAB retail venues access to MLB Network’s 24/7 programming, as well as up to 10 live games per week. The MLB Network content will be broadcast via Tabcorp’s racing and sports network Sky. The TAB betting app and website will feature all MLB games as well as MLB Network content courtesy of MLB’s international streaming partner Sportradar.

In addition to viewing options, TAB bettors will have the chance to obtain “exclusive MLB content including tickets, player experiences, competitions and more.”

This is the third official wagering partnership that Tabcorp has inked with a North American major league, following previous pacts with the National Football League and National Basketball Association. Tabcorp humble-bragged that the addition of the MLB deal made the company “the home of US sport in Australia.”

Adam Rytenskild, managing director of Tabcorp’s Wagering & Media division, kicked off the mandatory back-slapping round by calling baseball “America’s national pastime” and claiming there was “growing demand for US sports content in Australia, particularly among TAB punters.”

Kenny Gersh, MLB’s VP of Gaming & New Business Ventures, played along by saying TAB’s “retail footprint and wagering expertise” gave him confidence that the tie-up was “a significant step towards elevating baseball in Australia.”

Tabcorp could also use some elevation as its retail operations were dealt a blow earlier this year when Australia ordered the shutdown of all non-essential retail venues to prevent further COVID-19 transmission.

Some TAB venues began reopening last month but those efforts took a step back last week when the state of Victoria extended the city of Melbourne’s retail lockdown by a further six weeks. Tabcorp said around 60% of its Victorian venues would have to close.

During the pandemic, Tabcorp has been trying to steer punters to its digital operations, which likely helped convince the company to extend its online lottery partnership with Jumbo Interactive through 2030. Jumbo is a lottery reseller through its OzLotteries site in all Aussie states save Western Australia, where Tabcorp lacks a lottery license.