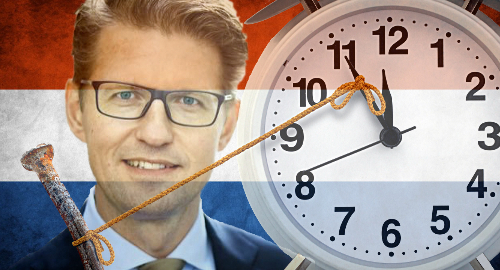 Last week, several motions were put forward by members of the Dutch parliament’s Lower House regarding the Remote Gaming Act, which was scheduled to take effect on January 1, 2021, with the ensuing six months used to vet license applications ahead of an official market launch on July 1.

In May, Minister for Justice and Security Sander Dekker stated that “the possibility of some delay” in this schedule due to the COVID-19 pandemic “cannot be entirely ruled out.” This week, Dekker (pictured) confirmed that the current timeline – which had already been delayed six months once before – would likely be pushed back by “a few months.”

One of the MPs had sought assurances that the government’s online gambling self-exclusion register (Cruks) would be ready to go before the online licensees start taking customers. Dekker offered a “guarantee” that the register would be tried and tested before the market’s launch.

This week, the Kannspelautoriteit (KSA) regulatory body released the  technical specifications and connection procedure for Cruks. On July 13, the KSA will invite land-based gambling licensees to attempt to connect to Cruks, while online operators will have to wait a while longer to test their systems.

On Wednesday, the Dutch Council of State, the country’s highest administrative court, overturned a lower court ruling regarding the country’s gambling licensing process. The Administrative Court of The Hague had ruled in April 2019 that the KSA could ignore complaints filed by operators who didn’t participate in the process.

The Kindred Group’s Trannel International Ltd subsidiary filed a challenge of The Hague court’s ruling, based on the company’s view that it had withdrawn from the process because the KSA’s requirements were impossible to meet by any operator not already licensed by the KSA.

Trannel had sought to apply for a tote betting license but withdrew its application after concluding that the contest was rigged in favor of the incumbent licensee. In June 2017, the exclusive betting license in question was awarded to Sportech Racing BV (now ZEbetting & Gaming Nederland BV), which had held the license since 1998.

The Council of State sided with Trannel, based on its view that just because the company chose to withdraw from what it viewed as a rigged contest, “does not mean that it is not an interested party.” The Council therefore instructed the KSA to “deal with the substantive objections” of the company to the 2017 betting license award.

The KSA was also ordered to pay Trannel’s court costs, which must have felt pretty poetic in Kindredville, considering Trannel was fined €470k by the KSA last November for serving Dutch punters without the KSA’s approval. We’re sure that was just a coincidence.