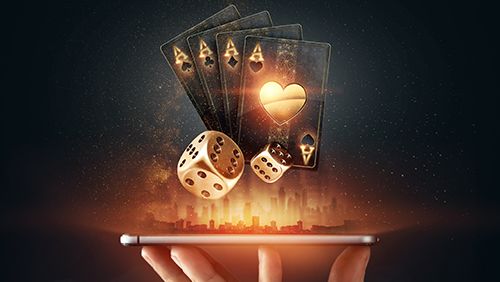 The Netherlands had hoped to have its new Remote Gambling Act (KOA, for its Dutch acronym) in place this September. The country’s gaming regulator, Kansspelautoriteit (KSA), has been diligently working on putting together the final pieces of the framework that would allow mobile gambling to be introduced, but some authorities believe more needs to be done. Initially expected to have been launched this July, the postponement to September has now had another month added, and the KOA Act is now expected to go live in October.

The latest rescheduling comes after the Dutch Minister for Legal Protections, Sander Dekker, determined that more work was needed, according to Ted Menmuir of SBC News. He feels that the technical requirements laid out in the framework aren’t inclusive enough and wants the KSA and everyone else involved to head back to the table to make some changes. As a result, not only will the introduction of the Act be delayed, but so will the process of issuing licenses to mobile operators. Now, thew new licensing window will begin on April 1, instead of March 1 as previously expected.

This isn’t the first time that Dekker stepped in at the last minute to make changes. Last November, he was responsible for several 11th-hour amendments that forced everyone back to the table, even though he had already signed off on the Act’s final language. Those amendments were linked to gaming operator compliance issues, as well as the need for the KSA to implement greater controls to keep unlicensed operators from access the local market.

In updating the situation with the KOA Act, Dekker hinted at the idea that the Netherlands may not consider creating gaming laws that are consistent with others found throughout the European Union (EU). There has been an effort recently to introduce regulations that would be applicable for the entire region; however, Dekker stated trying to introduce EU-friendly gaming laws would be difficult under current EU regulations. His remarks were in response to a question by Madeleine Van Toorenburg of the Christian Democrats political party, who wanted to know if the Dutch government is prepared to develop EU-wide regulations that would protect member states from being accessed by illegal gaming operators.

Niels Van den Berge of the Netherlands’ Green Party also asked Dekker to provide input on the country’s lotteries as they compared to others operating in the EU and how the launch of the online market might affect them. Dekker pointed out that the government explored lottery operations as it was preparing the KOA Act, but that it wasn’t realistic to compare the new market to “mature markets.” He added that the UK and Norway have been able to successfully introduce online gaming without it impacting those countries’ lottery efforts; however, Dekker is also aware that problems could arise, which was what happened in both Denmark and Italy. These two countries saw their lottery sales take a hit after online gambling was introduced.