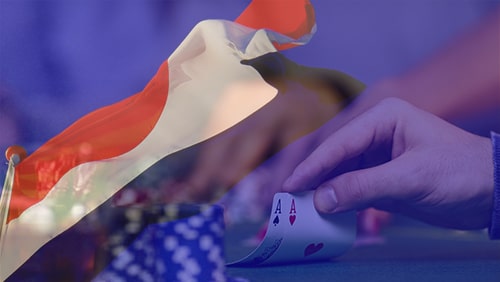 Kansspelautoriteit (KSA), the gambling regulator in the Netherlands, announced recently that it is working on polishing the Remote Gambling Act (KOA, for its Dutch acronym), which is scheduled to go live at the beginning of March of next year. The policies have gone through several changes since first being introduced, but the latest revisions appear to be the final prelude to the pending launch. The draft documents just released by the KSA cover licensing requirements for online gaming, giving operators the chance to see what will be required of them if they want to be part of the Dutch online gaming industry.

Most of the requirements had already been discussed; however, the KSA published the latest version as the closest to what will eventually be made law. The KOA Policy Rules and KOA Model Permits could see a couple more minor changes, and the regulator expects to have the final versions published sometime during the middle of January. Among the requirements remains the obligation by gaming entities to follow the full layout of “required operator permits” that were established at the end of September. That data is maintained on the KSA website, and is updated as necessary. One thing is for sure – operators better be damned sure they’re able to meet all requirements because the €45,000 ($52,366) license fee is not refundable if the license application is denied.

In keeping with its schedule to have the final policies established early next year, ahead of a possible September launch, the KSA is going to hold feasibility tests with certain operators until the final rules are published next January. These tests are being conducted prior to the start of the licensing process, and the KSA explains, “KSA has approached a number of parties to participate in the feasibility test. These are the current country-specific licensees, (international) industry associations and a few law firms.”

The Netherlands plan on being very strict with iGaming operators. The chair of the KSA, René Jansen, has previously stated that the regulator is beefing up internal resources to deal more efficiently with the pending market launch, and that it has had to adjust its staffing levels in order to face an “influx of applications seeking to join the Dutch market” next year. In addition, the repeated delays in launching the KOA regulations were necessary, as the country has no desire to leave any part of the Act to chance.

Since the KSA has only released the latest draft guidance, it knows that changes will be coming, especially in regard to licensing procedures. The regulator adds in its latest update that it will provide more specifics on the process when it includes more information in the middle of this month.