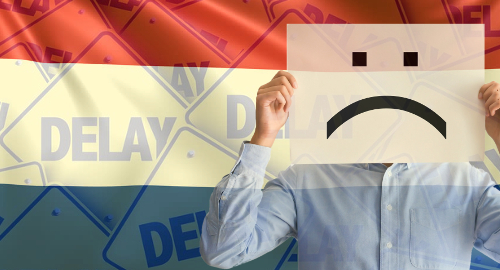 The Netherlands’ regulated online gambling market launch has been pushed back by six months until July 1, 2021 due to the government requiring more time to craft secondary gambling legislation.

Dekker said research indicated that harsh advertising restrictions would negatively impact the government’s desire to ‘channel’ local punters to locally-licensed gambling sites, which will be under far greater oversight in relation to responsible gambling initiatives. As a result, excessively hobbling local gambling sites’ ability to market their wares could have an “upward effect on addiction problems.”

Speaking of, Dekker announced that the KSA will require prospective online licensees to demonstrate that they have a functional age-verification system. Dekker noted that underage customers had, at least until early 2018, been accessing the state-run Nederlandse Loterij’s Toto sports betting product with relative ease.

Dekker said Nederlandse Loterij had since upgraded its age-verficiation procedures, and Dekker warned all prospective online licensees to ensure they follow suit no later than January 1, 2020. Operators who fail to comply will not only face the rejection of their online license application but the full weight of the KSA’s enforcement efforts.