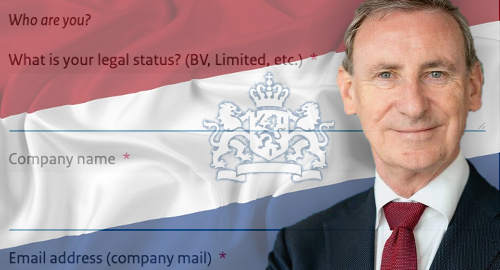 The Netherlands’ new regulated online gambling market won’t launch for another year-and-a-half, according to the country’s top gambling regulator.

On Wednesday, René Jansen, chairman of the Kansspelautoriteit (KSA) gaming regulatory body, told attendees at the Gaming in Holland conference that the regulator was aiming for a July 1, 2020 target for the country’s new Remote Gambling Act – which was approved back in February – to take effect.

Only after the Act is official – and the Ministry of Justice and Security finishes crafting the nuts and bolts of online gambling regulations – will the KSA start accepting online license applications, and Jansen suggested the ensuing vetting process will delay the actual launch of Dutch-licensed online gambling operators until January 1, 2021.

However, Jansen (pictured) invited would-be applicants to visit the KSA’s website and fill out a form stating an operator’s intention to apply for a new online license. Jansen urged interested parties to fill out these forms before June 21.

Jensen said the form was a necessary step, noting that Sweden’s regulator expected 60 applications when it announced plans to liberalize its online market, only to receive twice that sum, leaving regulatory staff scrambling to meet their January 1, 2019 launch target. Jensen hopes to “prevent such a surprise.”

Jansen insisted that, while the task ahead was monumental, the KSA would do whatever it takes to ensure it meets its stated timelines, even it means hiring additional staff to wade through the stack of applications for signs of ‘cowboy’ activity that might eliminate an applicant from consideration.

Regarding those cowboys, the Act stipulates that licenses will only be issued to online operators that have not ‘actively’ focused their efforts on Dutch punters for a “continuous period of at least two years.” However, the Act is vague on the definition of ‘actively,’ as well as specifically when that two-year timeline commences. Jensen had no insights to offer conference attendees on these grey areas.

Meanwhile, Wednesday saw a change of leadership at Speel Verantwoord, a responsible gambling trade group for Dutch-facing operators. Rutger-Jan Heb, who’d been director of the group since its formation in 2014, is leaving at the end of the month to focus on private enterprise. He’ll be succeeded by Peter-Paul de Goeij, a lottery and telecom veteran who most recently worked at Lottovate.