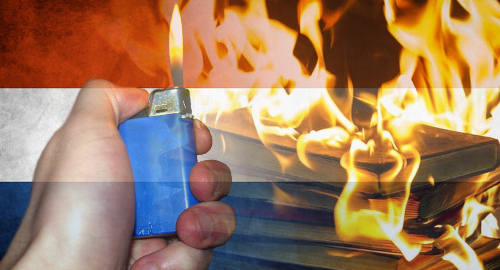 Online gambling operators hoping to secure licenses in the Netherlands’ regulated market will have to purge their customer databases acquired prior to the market’s liberalization.

Last week, Minister for Justice and Security Sander Dekker published responses to legislators’ questions regarding the final draft of the country’s online gambling regulations. (Full text of the responses can be found here, in Dutch.)

Among the revelations, Dekker says the government believes the COVID-19 pandemic shouldn’t delay the Remote Gaming Act from formally taking effect as planned on January 1, 2021, with all new online licensees launching simultaneously on July 1, 2021. But Dekker acknowledged that “the possibility of some delay … cannot be entirely ruled out.”

Some of the less positive answers addressed the sizable Dutch customer databases that internationally licensed operators have built up over years of serving the market without local permission. Dekker says this gives these operators a clear advantage over operators who evidently lacked the foresight to build their own databases.

As a result, Dekker said the Kannspelautoriteit (KSA) gambling regulator will “attach a license requirement to the license for the purpose of prohibiting the use” of pre-liberalization databases.

In Sweden, the state-run betting monopoly Svenska Spel was forced to split its operations into distinct online and land-based units ahead of the launch of that country’s liberalized online market in January 2019, based on international licensees’ complaints that the state-run operator’s customer database gave it an unfair cross-selling advantage.

Dekker offered a hint that Holland Casino will also have to start from scratch by saying all “new entrants to the Dutch online gambling market” will have to “build up their Dutch customer base in accordance with the new rules.” That said, international operators will be reading the fine print to see how this rule will be enforced regarding the local land-based monopoly.

HOLLAND CASINO IRKED BY PANDEMIC REOPENING DELAY
Speaking of Holland Casino, the company has expressed “deep disappointment” at the government’s plan to delay the post-pandemic reopening of casinos until September 1. Holland Casino shut its casinos in mid-March as a pandemic precaution but casinos and arcades have been left out of the initial phases of the government’s reopening plan.

Businesses such as barbers, beauticians and therapists were allowed to reopen starting Monday under the government’s Stage 1 plan. Stage 2, which starts June 1, will allow bars and restaurants to open their terraces. But casinos and arcades won’t make the grade until Stage 5 on September 1, which has Holland Casino and arcade association VAN Kansspel crying foul.

The two groups note that together they employ over 8,000 Dutch citizens and the companies’ suppliers are also feeling the pinch. Holland Casino CEO Erwin van Lambaart says the extra four months of closure is not only “unwise and unnecessary” but also “irresponsible” as it will cause “enormous economic damage to the entire sector.”

There’s little doubt as to the fact that Holland Casino is suffering under its current conditions. Only five of its 14 casinos operate on property owned by the company, and local media reported that the company had sent letters to the landlords of its other nine casinos seeking a 50% rental reduction until October 1.

The reaction to these letters has reportedly been frosty, with one landlord noting that Holland Casinos “is doing well and has the state as a wealthy shareholder … solve it internally before you put the real estate owner on the block.”